White male scholars who examined the black family by attempting to see in what ways it resembled the white family structure were confident that their data was not biased by their own personal prejudices against women assuming an active role in family decision-making. But it must be remembered that these white males were educated in an elite institutional world that excluded both black people and many white women, institutions that were both racist and sexist. Calling myself racist accomplishes nothing. Calling society racist accomplishes nothing. Calling the world racist accomplishes nothing, and in fact solipsistically applies the framework of United States oppression theory to a vast spectra of bigotry, each impacting the other but never, ever, the same. In a word, calling out an observation does nothing. Appropriating the patriarchal scientific method for a moment, one hypothesizes, experiments, hypothesizes, experiments, ad infinitum. Call out your observations, wonder why, go forth, call out, wonder, go forth. Never, ever, stop. Historically, white patriarchs rarely referred to the racial identity of white women because they believed that the subject of race was political and therefore would contaminate the sanctified domain of "white" women's reality. By verbally denying white women racial identity, that is by simply referring to them as women when what they really meant was white women, their status was reduced to that of non-person.

White feminists did not challenge the racist-sexist tendency to use the word "woman" to refer solely to white women; they supported it. For them it served two purposes. First, it allowed them to proclaim white men world oppressors while making it appear linguistically that no alliance existed between white women and white men based on shared racial imperialism. Second, it made it possible for white women to act as if alliances did exist between themselves and non-white women in our society, and by doing so they could deflect attention away from their classism and racism. hooks called out both feminists I've read and feminists I'm planning to read, and yet I will continue to use the information I have learned and will seek out more of the same. An answer to the wherefore lies in my inherently valuing the critical process far more than the perfection of the accumulated tidbits, a holistic rejection of the freeze frame, the weighing, the hierarchy of the patriarchy implying white imperialism and androcentrism and so much else. It is far easier to hate everything else than it is to incorporate that everything else into a deconstruction of that hate, but if you proclaim yourself an agent of justice, that is what you must do. We cannot form an accurate picture of woman's status by simply calling attention to the role assigned females under patriarchy. More specifically, we cannot form an accurate picture of the status of black women by simply focusing on racial hierarchies.

Scholars have argued further that by not allowing black men to assume their traditional patriarchal status, white men effectively emasculated them, reducing them to an effeminate state. Implicit in this assertion is the assumption that the worst that can happen to a man is that he be made to assume the social status of woman. I'll rest when a black trans lesbian, a recovering addict who grew up in poverty and was once a sex worker, is the President of the United States. Inconceivable enough to almost everyone as of now, but that list of characteristics will only grow longer during my lifetime of reading, writing, and thinking, for the lack of academic discourse on that particular combination of bigotry does not prevent me from being aware of the existence of individuals who, by sheer coincidence of birth, fit the bill. That coincidence should not choke aspirations of leadership in the highest echelons from the get go. What must change is not the aspirations, but the choking. "I know of more than one colored woman who was openly importuned by white women to become the mistresses of their white husbands, on the grounds that they, the white wives, were afraid that, if their husbands did not associate with colored women, they would certainly do so with outside white women, and the white wives, for reasons which ought to be perfectly obvious, preferred to have their husbands do wrong with the colored women in order to keep their husbands straight."

I interviewed a black woman usually employed as a clerk who was living in near poverty, yet she continually emphasized the fact that black woman was matriarchal, powerful, in control of her life; in fact she was nearly having a nervous breakdown trying to make ends meet. hooks did not touch on queer theory. She did not call out the disrespectful and dehumanizing view of China and its culture in one of her used quotes. She did not cite her sources as explicitly as most, although the very concept of citations evolves from the quick and easy rhetoric of the patriarchy that engulfs its oppression in seeming ethos while in reality making the rules so as to have something to mewl and puke about when the institution is threatened, as if the rules themselves as with racism were anything but conjured out of thin air and as such can be treated accordingly (similar to how Goodreads keeps capitalizing her name aka disrespecting her autonomy in the effort to preserve the fragile sanctity of its holy search function). However, her holistic breakdown of white, black, male, female, without ever playing one off the other, is a lesson of criticizing the complex web of indoctrination oppression that can be applied to any intersectional social justice. The patriarchy is a bloated blight, spanning from its emphasis on capitalism to its compromised inheritance, all in the effort to reduce humanity to ciphers of privilege for this or that or any old reason of difference, difference, difference. Life is politics is life is a multifarious thing, and will not limit its splintered evolution for the sake of your self-help book view of life. Feminism as a political ideology advocating social equality for all women was and is acceptable to many black women. They rejected the women's movement when it became apparent that middle and upper class college-educated white women who were its majority participants were determined to shape the movement so that it would serve their own opportunistic ends.

To those who saw feminism solely as a way to demand entrance into the white male power structure, it simplified matters to make all men oppressors and all women victims. Any idea can be abused. What matters is the willingness to pay heed to the consequences and the neverending effort to push that idea to its ultimate limits of inclusiveness of every being deserving of life, liberty, and the pursuit of happiness. And then some. Racism is the barrier that prevents positive communication and it is not eliminated or challenged by separation. White women supported the formation of separate groups because it confirmed their preconceived racist-sexist notion that no connection existed between their experiences and those of black women.

It in no way diminishes our concern about racist oppression for us to acknowledge that our human experience is so complex that we cannot understand it if we only understand racism. The Internet enables me to say these words without fear of physical retribution. Words words words, of course, but I am a writer, and once upon a time my words were not so good. Once upon a time, everything I stood for and how I stood for it was not so good. The memory of that, if nothing else, is what keeps me going. A feminism so rooted in envy, fear, and idealization of male power cannot expose the de-humanizing effect of sexism on men and women in American society.

Our willingness to assume responsibility for the elimination of racism need not be engendered by feelings of guilt, moral responsibility, victimization, or rage. It can spring from a heartfelt desire for sisterhood and the personal, intellectual realization that racism among women undermines the potential radicalism of feminism.

That sisterhood cannot be forged by the mere saying of words. It is the outcome of continued growth and change. It is a goal to be reached, a process of becoming. The process begins with action, with the individual woman's refusal to accept any set of myths, stereotypes, and false assumptions that deny the shared commonness of her human experience; that deny her capacity to experience the Unity of all life, that deny her capacity to bridge gaps created by racism, sexism, or classism; that deny her ability to change. The process begins the the individual woman's acceptance that American women, without exception, are socialized to be racist, classist, and sexist, in varying degrees, and that labeling ourselves feminists does not change the fact that we must consciously work to rid ourselves of the legacy of negative socialization. She wrote this at nineteen. Imagine that. Now go forth. 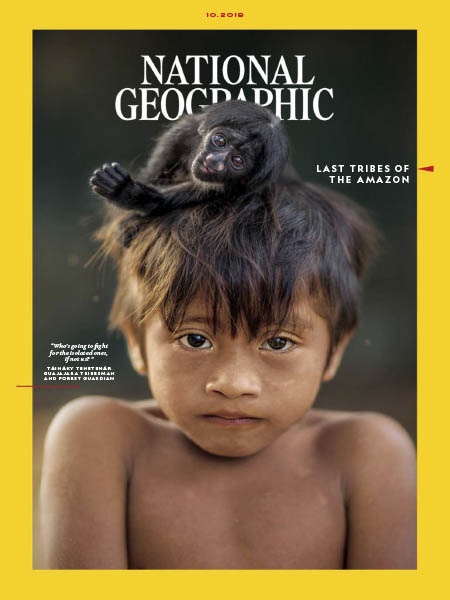 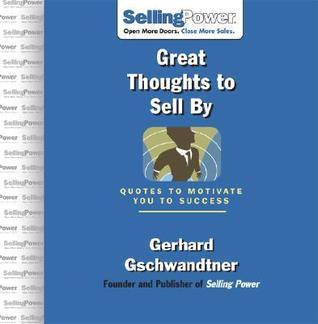 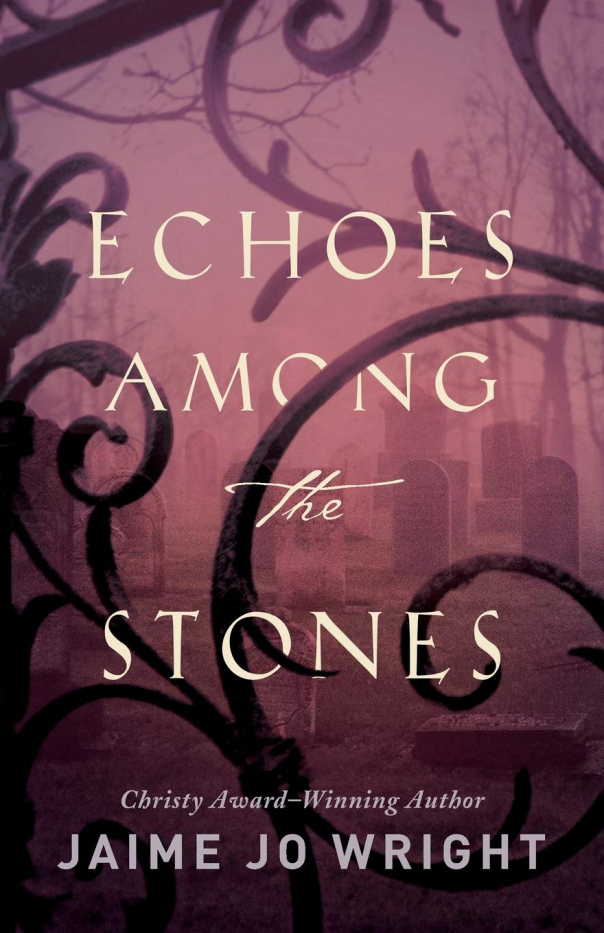 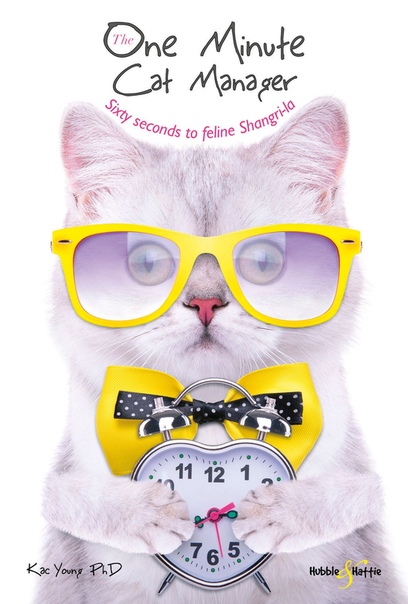 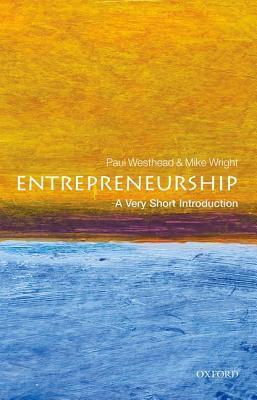