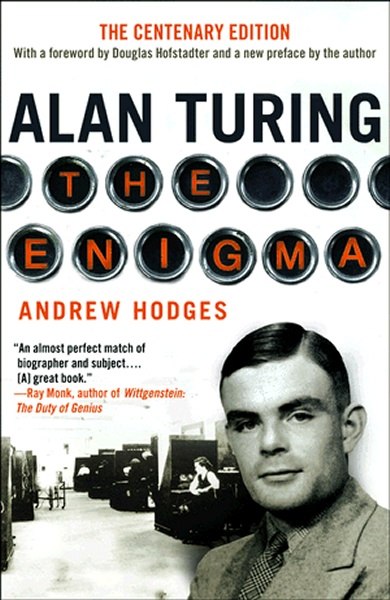 Alan Turing 23 June, 1912 - 7 June, 1954
Proximate Cause & Goodness of Fit
I'm not too proud to admit that the impetus for my picking up this biography was a trailer for the upcoming film on Alan Turing and his involvement with cracking the Enigma code during WWII ( The Imitation Game ). However, if you are interested exclusively (or even primarily) in the cryptanalytic exploits of Turing et al. at Bletchley Park then this is probably not - repeat not the Turing book for you.

While Andrew Hodges thoroughly covers Turing's activities during the Second World War, this is just one piece of the whole. As one might expect of a book with an introduction by Douglas Hofstadter, it is an examination of both function and form. Alan's experiences were what they were because of who he was, and, in turn, these experiences made him into the man, the enigma he became.

The Young Turing Machine
Andrew Hodges, and Henrik Olesen, the artist behind "Some Illustrations to the Life of Alan Turing," both depict the young Alan Turing as a child inquisitive, and bright beyond his years. Alan, even in his earliest years, exhibited what Hodges refers to as a "desert island" mentality. If Alan had a problem, he relied on his own ingenuity to find an answer (e.g. inventing a machine to count gear revolutions and make adjustments as needed for his broken bicycle chain).

The young genius mind, however, outside of a vacuum, does not necessarily coalesce easily with the world around it. This was certainly true of Alan's early experiences in the English public school environment.* Alan was what some might refer to as "extremely pick-on-able." Thus, when he received a copy of Edwin Tenney Brewster's Natural Wonders Every Child Should Know on behalf of an unnamed benefactor in 1922, Alan was undoubtedly relieved to be able to escape into a world of science, numbers and natural order. Brewster portrayed the human body as a machine; one with duties, tasks, functions, and, perhaps more importantly, one that could be understood through the faculties of reason.

Obedience to Authority & The Imitation Game
In 1926, at the age of 13, Alan (left, below) was sent to the Sherborne School . With an emphasis good citizenship, and the individual's duty to fit into the system of their small society for the greater good (none of which included becoming a "man of science), Sherborne was not a good fit for Alan.

However, things began to turn around for Alan in 1928, when he met Christopher Morcom. Morcom, one year ahead of Alan at Sherburn and a member of a different "house," shared Alan's passion for science, maths, and exploration of the natural world. Unlike Alan, however, Morcom was able to integrate these interests with scholastic success.

The letters between Alan and Christopher during vacations from Sherborne are filled with an excited energy that comes with having someone with whom to share new discoveries. Christopher was both Alan's mentor and, as portrayed by Hodges, his first love. It's not clear whether this intimacy between the two was physical in nature, but the magnitude of Christopher's place in Alan's heart was made acutely and painfully clear when Christopher died suddenly of bovine tuberculosis in 1930.

The letters between Christopher Morcom's mother and Alan (a correspondence that continued for many years) reflect their shared grief in losing Christopher. The experience changed Alan in many ways, including a renewed dedication to honoring Christopher's memory by pursuing the interests they had shared (which, despite their youth, had included quantum physics, and Einstein's Relativity: The Special and the General Theory ).

An Ordinary English Homosexual Atheist Mathematician
Though, unlike Christopher, Alan did not win a scholarship to his first choice, Trinity, he was admitted and matriculated to King's College, Cambridge in 1931. Though Alan remained secluded at King's, he was well-suited to its norms. In addition to the academic caliber of his professors and classmates, it was a socially and politically liberal environment; and it was in this context, that Alan became somewhat matter-of-factly open in his homosexuality.

Not knowing much about Cambridge (or really any university) in the 1940s, I was not clear as to whether Hodges' references to the life of an "ordinary english homosexual..." were made in jest. However, though Hodges is clear that this was not an easy life, it seems that it was much easier in the context of King's College.

Decidability, Computability & the Entscheidungsproblem
It is because of my own descriptive shortcomings that I won't be saying much about the content of the foundational problems (and paradoxes) in math and logic being asked and addressed by Turing and his contemporaries in the 1920s and 1930s. Suffice it to say that if you're operating under the impression that any system of mathematical logic can be complete, consistent and decidable, you might want to take a gander at some of Kurt Gödel's early work, and Turing's On Computable Numbers (though some might direct you toward the papers of Alonzo Church ).

Before you say, 'well who cares' Let it be known that the very notion of "computability" (in a time when what was meant by "computer" is akin to what we think of as a "writer" - one doing the writing/one doing the computing) was new. Furthermore, this was the point at which Turing made a huge leap in the conceptual connection between abstract symbols and the physical world.

Like Schrödinger's cat, the Universal Turing Machine was a thought experiment, the elegance of which lies in its simplicity. Turing's conception (based on the idea of a typewriter) is that there is a machine that has a tape , which is divided into squares . Each square can bear a symbol. At a any given moment, one square is "in the machine," this is the scanned square, and it bears the scanned symbol.

Doesn't sound like much, I know, but here's the thing: the state of the machine (with its finite table of actions) can be determined by a singly expression using the symbols (which can be limited to two)...and there's recursion. It makes more sense if you read it from the experts!

To Oz and Back
It's the mid-1930s at this point, and Princeton is a pretty happening place. Turing, offered a fellowship there, crossed the pond to work with John von Neumann (who Hodges likens to the Wizard of Oz). Things just didn't work out as planned. Princeton was the height of wealth and aristocratic excess from Turing's point of view, and Turing was proving again the difference between having brilliant ideas and impressing them on the world.

However, Turing did have a good time at Princeton when taking part in "treasure hunts" consisting of series of encrypted clues. So, when Turing turned down a position at Princeton, and went back to Cambridge in 1938, his experiences stateside came in handy.

The Enigma & Bletchley Park
Prior to Britain's declaration of war, Alan Turing was (surprisingly) the first and only mathematician recruited to work at the super secret Government Code and Cypher School (GC&CS) , and later moved to the cryptanalytic HQ at Bletchley Park . Alan, who had long dreamed of a chess-playing machine, suddenly had a practical problem for his obsession. "Before the war my work was in logic and my hobby was cryptanalysis, and now it is the other way round." How so Well, von Neumann's theory of 'minimax' strategies (the application of probabilities to any game between two players such that one chooses the "least bad" option) - one of making decisions in the absence of perfect information, had direct applications in strategic combat.

And, of course there was decryption of Enigma messages to be done. Alan's ability (and desire) to bridge the gap between mathematics and engineering was, for the first time, seen by others as an asset. Turing's thought experiments were being translated into actual electronic machinery- the Bombe (below), and the Colossus .

To be clear, it was the Bombe that was used to crack the Enigma. However, the Colossus was the first computer that approached Turing's conception of "universality" in that it was programmable . Many of those working at Bletchley were Wrens (seen below with the Colossus), members of the Women's Royal Naval Service. For Turing this was his first contact with women, including Joan Clarke . The two were briefly engaged, but this was broken off in 1941 when Turing informed Clarke of his homosexuality.
The Heart in Exile
Turing had been afforded more freedom during the war than he, perhaps, realized at the time. At the National Physical Laboratory (NPL) Turing completed the design for an Automatic Computing Engine (ACE), but in the face of bureaucracy and departmental divisiveness, he had almost no control over its engineering and construction.
"Alan Turing might be Valiant-for-Truth, but even he had been led into the work of deception by science, and by sex into lying to the police." Outside of the cloistered world of Cambridge, England was not exactly gay-friendly (didn't Oscar Wilde get hard labor for that). In "exile" in Manchester, our ordinary English homosexual atheist, when burgled by the friends of a young man he brought home, reported the larceny to the police. However, by engaging in such "sexual perversion," Turing had placed himself outside of the protection of the law. Turing was sentenced not to prison, but chemical castration by estrogen injections.

America was no better (just ask Lou Reed-his parents sent him for electroshock therapy, and that was for bisexuality). Having decided that homosexuals presented a "security risk," Turing was banned from the United States as a whole.

In a twisted, endless loop, intolerance for homosexuality put any homosexual at risk for blackmail, which, in turn, made homosexuals a security risk, thereby increasing the intolerance with which we began.

On June 8th, 1954 Alan Turing was found dead in his home, lying in his bed. The identified the cause as cyanide poisoning, and the post-mortem inquest easily ruled it a suicide. In his house they found a jar of potassium cyanide, and a jam jar of cyanide solution. Next to his bed was a half-eaten apple.

Alan Turing (1912-54) was a British mathematician who made history.

His breaking of the German U-boat Enigma cipher in World War II ensured Allied-American control of the Atlantic.

But Turing’s vision went far beyond the desperate wartime struggle. Already in the 1930s he had defined the concept of the universal machine, which underpins the computer revolution.

In 1945 he was a pioneer of electronic computer design. But Turing’s true goal was the scientific understanding of the mind, brought out in the drama and wit of the famous “Turing test” for machine intelligence and in his prophecy for the twenty-first century.

Drawn in to the cockpit of world events and the forefront of technological innovation, Alan Turing was also an innocent and unpretentious gay man trying to live in a society that criminalized him.

In 1952 he revealed his homosexuality and was forced to participate in a humiliating treatment program, and was ever after regarded as a security risk. His suicide in 1954 remains one of the many enigmas in an astonishing life story. 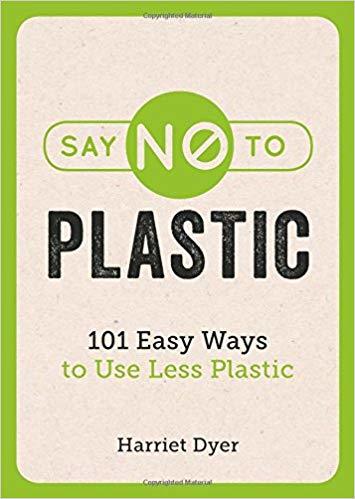 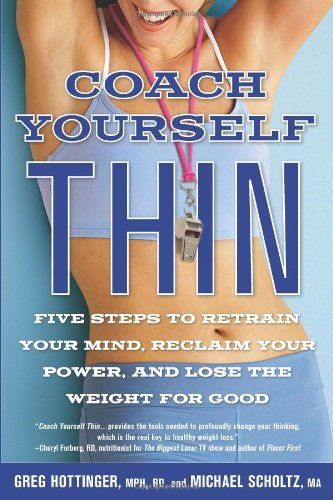 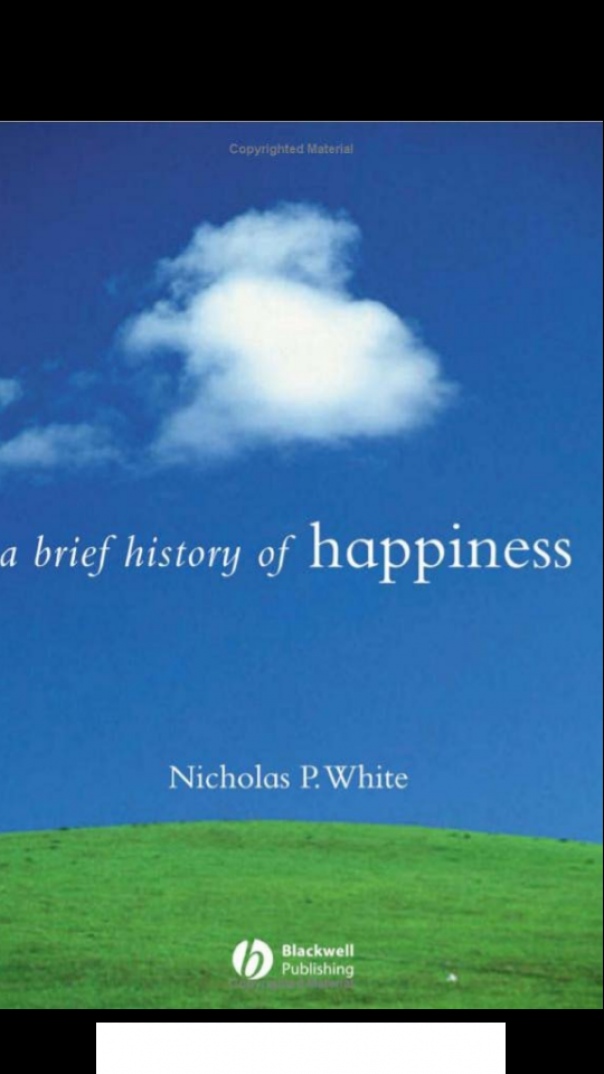 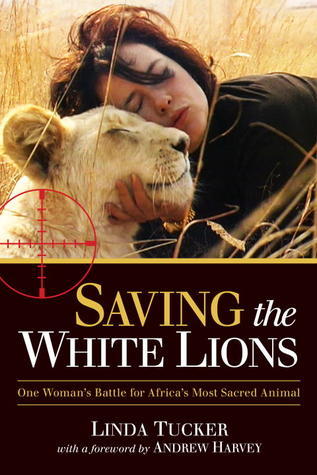 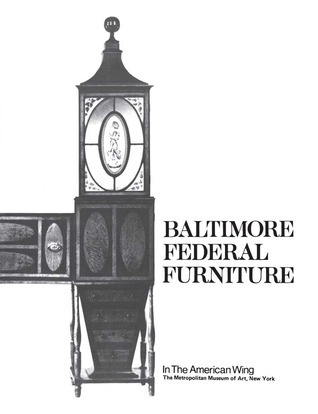 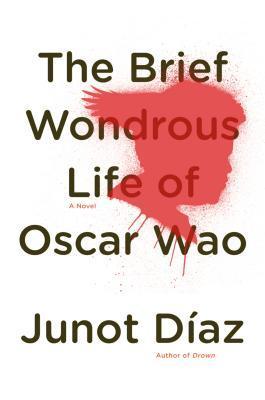