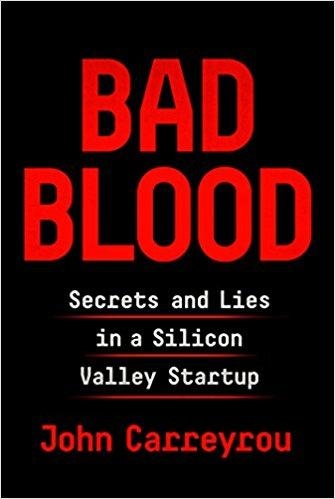 "The resignations infuriated Elizabeth and Sunny. The following day, they summoned the staff for an all-hands meeting in the cafeteria. Copies of The Alchemist by Paulo Coelho had been placed on every chair. Elizabeth told the gathered employees that she was building a religion. If there was anyone not prepared to show complete devotion and unmitigated loyalty to the company they should "get the fuck out."

I have covered Silicon Valley as a journalist and author for three decades now. I'm not big on attending conferences, but made a point to go to an awards event at a favorite forum in September 2015. Among the recipients that year was Silicon Valley legend, Andy Grove, getting the lifetime achievement award.

Also on the list, getting the "global benefactor" award, was someone I had never heard of, Elizabeth Holmes. I had also never heard of her company, Theranos. Though I once worked for a business magazine, I never read any others. And Theranos was in the medical device "space," which is pretty different from software and social media.

Her presentation was last. Joining her on stage was her Stanford professor and mentor, Channing Robertson. He spoke first. He told this story of Holmes as a kind of prodigy who camped out at the doors of his office and lab until he admitted her as a freshman into his upper division courses in chemical engineering. I would learn later that he considered Holmes a once-in-a-generation genius, comparing her to Newton, Einstein, Mozart, and Leonardo da Vinci. Heavy praise, indeed.

Holmes was up next. She wore a black, mock turtleneck that reminded me of Steve Jobs. Her dyed blond hair was up, slightly skewed, that struck me as a bit calculated. She had large, unblinking blue eyes and spoke in a low baritone. By the end of her talk, it struck me that she had essentially said nothing of substance about her product or her company. Instead, it was high-falutin' claims that reminded me of the rhetoric Steve Jobs used when rolling out a new product, except that he had a real product he was demonstrating each time. I was immediately suspicious of Holmes and Theranos. I had seen too much over the years to take something like this at face value.

When I got home, I did a computer search and learned that Holmes had been on the cover of numerous business magazines as the first female tech billionaire. (My wife would always add: "on paper.") In some photos she posed with a tiny vial of blood that was supposed to represent all that would be needed to do numerous tests with the company device.

Almost a month later, the first in a series of Wall Street Journal articles about Theranos, by the author of this book, was published. It reported that their technology did not work. (I was to learn later that the author interviewed 60 former Theranos employees for his research). My suspicions were confirmed. I eagerly read every new installment of the WSJ series.

But "Bad Blood" goes much deeper than those articles. It turns out that Channing Robertson was not the only older man over whom Holmes had a kind of hypnotic power, like the mythical Mata Hari. There was veteran venture capitalist, Donald L. Lucas, whose backing and connections enabled Holmes to keep raising money. Then Dr. J and Wade Miquelon at Walgreens and Safeway CEO Steve Burd, as well as General James Mattis (now Trump's Secretary of Defense), George Shultz, and Henry Kissinger.

All of these men served as enablers, when they were in positions where they could have put a stop to the fraud. Most of these operations had experts who knew the science and tried to warn their superiors, but were ignored. And there's no doubt that the medical miracles Theranos promised were very appealing to these older men, as well as to so many others who heard her spiel.

One of the most important older men was Sunny Balwani, her romantic partner 20 years her senior. He knew nothing about science, but was essentially her primary henchman for bullying dissenters in the company, heading up employee surveillance and doing the dirty work of firing people. He also subbed as CFO after the only one they had was fired for questioning company honesty. Balwani would pull numbers out of his butt and claim they were legitimate revenue projections.

Those who weren't fooled were veteran venture capitalists who had been investing in the medical device space for years. During one of her pitches to these firms, she was asked so many questions she couldn't answer that she stormed out of the conference room. In a one-on-one encounter with another successful venture capitalist he asked to see her device. Instead, she slapped her notebook shut and said: "if you can't trust me, I can't work with you" and slammed the door behind her as she departed.

In turns out that in spite of her time at Stanford, Holmes didn't know much science. She described the process of her device as follows.

"A chemistry is performed so that a chemical reaction occurs and generates a signal from the chemical interaction with the sample, which is translated into a result, which is then reviewed by certified laboratory personnel."

The selling point was no more needles, just a slight lance of a fingertip could provide enough blood to do countless tests. When the author queried Timothy Hamill, from the UCSF Department of Laboratory Science, he told him

".the pitfalls of using blood pricked from a finger. Unlike venous blood drawn from the arm, capillary blood was polluted by fluids from tissues and cells that interfered with tests and made measurements less accurate. "I'd be less surprised if they told us they were time travelers who came back from the twenty-seventh century than if they told us they cracked that nut," he added.

The whole concept was flawed from the beginning. Holmes used non-company technology to try to cover this up. In a PowerPoint presentation she made to investors one slide showed scatter plots purporting to favorably compare test data from Theranos's proprietary analyzers to data from conventional lab machines. But all the data came from non-Theranos technology. They often used other tech than company technology that could not generate accurate results for patients. Theranos even resorted to using hypodermic needles, instead of the promised fingertip prick.

Meanwhile, Holmes continued to expand her Steve Jobs persona. She drank green kale shakes (Jobs was vegan), leased cars with no license plates (as he had), had several bodyguards who referred to her as Eagle1 (Eagle2 was Bulwani) and flew in a Gulfstream Jet. She referred to her device as the i-Pod of Health. And even hired the ad and pr firm that Apple once used, Chiat-Day, even though Theranos could not afford them. And looking back, it appeared that her dropping out of college was part of a script, just the way Jobs and Gates dropped out to pursue their entrepreneurial dreams.

When she went on the Jim Cramer's "Mad Money" show to denounce the WSJ, she sounded very Jobs-like when she said: "First they think you're crazy, then they fight you, and then, all of a sudden, you change the world."

Not surprisingly, Theranos kept missing their deadlines. Its contract with Safeway fell through, but Walgreen's was more important to them. Several stores in Arizona went "live" with testing. Most tests done there were way off, resulting in unnecessary trips to the ER and potential over-treatment. Various doctors and patients published negative reviews on Yelp.

This put the company in the realm of reckless endangerment: "a crime consisting of acts that create a substantial risk of serious physical injury to another person."

This reality upset many employees who wanted no part of a fraud that would harm people.

At company meetings, Holmes would say: "If anyone here believes you are not working on the best thing humans have ever built, then you should leave."

Many took her up on that, but it was never without controversy.

Meanwhile, bulldog Sunny was dispatched to Arizona to intimidate those who had posted negative Yelp reviews. And the company had hired super-lawyer David Boies to threaten suit against anyone who revealed insider info on the company. Just as one example, it cost the Schulz family $400k in legal fees to defend George's nephew Tyler. Theranos knew Tyler had met with the author because they had a tail on both Tyler and the author.

When I finished the book I thought back on that awards ceremony I had attended where I first saw Holmes. I recalled Andy Grove, whose lifetime achievement award represented the original Silicon Valley of sweat equity. Grove lived through the Nazi occupation of his native country of Hungary and escaped after it became Communist. In New York, he worked as a busboy while he learned English and obtained a bachelor's degree in chemical engineering from City College of New York. Graduate work took him to the west coast, where he earned a Ph.D from U.C. Berkeley in chemical engineering. He would go on to help found chip maker, Intel, a company that truly changed the world.

These days, what I see in Silicon Valley is an increasing obsession with wealth and an absence of ethics, and the spread of the Steve Jobs Syndrome, like some kind of disease. Theranos epitomized all of this. The result is a lack of the honest work that Grove epitomized, in which wealth and notoriety were by-products not goals. The real goal was to do good work, first and foremost. And always tell the truth. 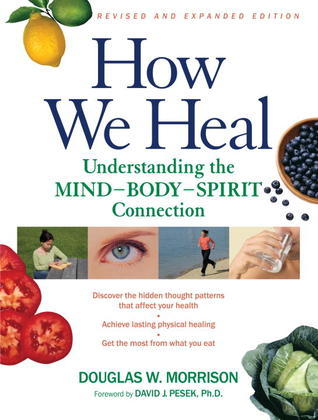 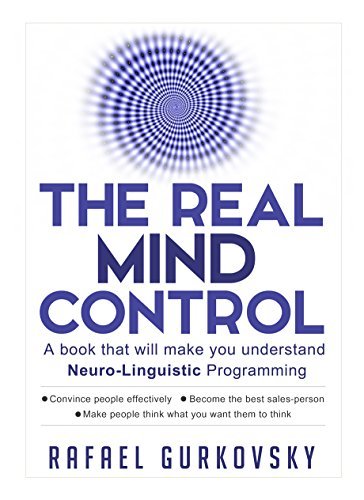 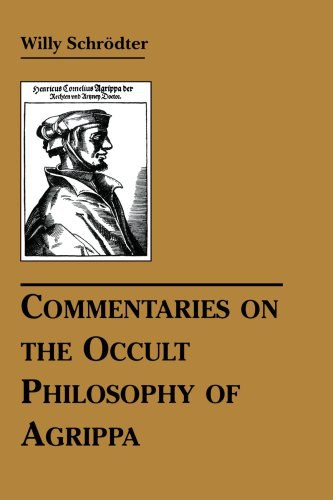 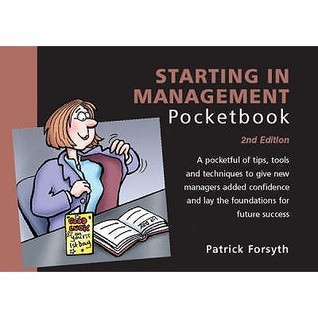 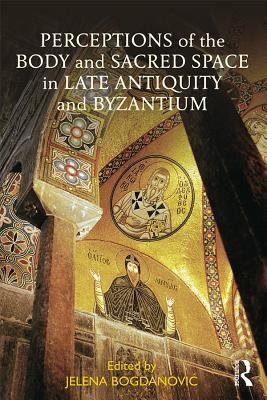