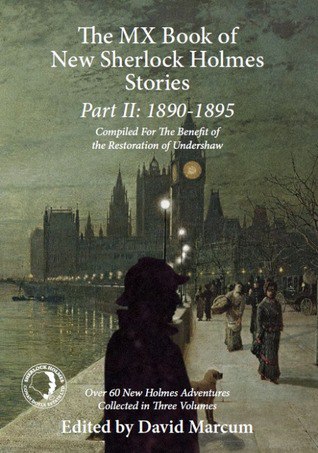 Similar in opening with the first novel, we can sit back and enjoy this book's forward by Catherine Cooke, a name you may find familiar from the BSI. Take a pause and go over it to place yourself in an appropriate listening mood as she describes Undershaw's decline as "a tragedy of recent years." Many agree with her, but few are as determined to do something about it as the team that assembled this book under the editorial pen and publishing efforts of David Marcum and Steve Emecz.

"Now settle back and enjoy new accounts from the classic years of Holmes and Watson's partnership, which may shed new light on the mysterious years of the Great Hiatus."

This volume represents what is often the favored era for the Holmesian collector-we believe Watson when he proclaims 1895 as when Holmes' powers were never greater. There is no better guarantee for you than to close this book at last and believe you have done so on a high note. This is why we often proclaim, "It is always 1895." (Avoiding spoilers for Vol. III here)

Carole Nelson Douglas (who will go down in history for 'Good Night, Mr. Holmes'), gives us a tripplingly- on-the-tongue contemplation in verse with 'The Bachelor of Baker Street Muses on Irene Adler.' Anne Margaret Lewis' Affair of Miss Finney illuminates quite gloomily a case of assault-we are not only glad to see someone get the pinch of justice on their wrists, we have two extra Easter Eggs inside her story-an explanation for "James" Watson (not too different from my own) and a follow-up from SIGN with Mary Watson nee' Morstan, who, as Holmes said himself, "might have been most useful in such work as we have been doing." Here we have the chance to see this for ourselves.
The Adventure of the Bookshop Owner by Vincent W. Wright is a case that starts simple and ends tangled in heartstrings-kudos for giving us an old-guard police Inspector who is quite willing to track the guilty to the doorstep of Hell if he must. I believed him.

William Patrick Maynard gives us the lesser-known lady at 221B, Mrs. Turner, where her relationship with 'that infernal machine' the telephone brings Watson to his friend's side and a grisly case of murder. This one, like many true-to-life adventures, does not end well for many people and the story may end but questions remain if you wish to ask them. Matthew Booth's 'Verse of Death' opens with what Lestrade admits is "a queer case" (code for: WTHJH) and we are certainly satisfied with a murderer so zealous in his revenge that even Holmes cannot parse out a scrap of mercy. J. R. Campbell's 'Lord Garnett's Skulls' reminds us of what it is like to live in an era where remains can be bought and sold as lightly as the lives of the poor. Chilling. I suspect he read a certain definitive novel on a specific class that employed the poorest children of London, and read it well. Robert V. Stapleton's 'Larceny in the Sky with Diamonds' may appear to be tongue in cheek but don't judge a pastiche by its homage. We have a story about a cunning criminal who, may not get away with it forever, but he certainly came out the richer in a single night. It may say something as to the nature of our psychotic piece of work that he was vastly disappointed that he was unable to betray his own country to Germany. Ah, well. Switzerland awaitsShould there ever be an MX Anthology of Sherlock Holmes' greatest nemesis, I expect to see this one in the covers, or I shall know the reason why.

Sam Wiebe's 'The Glennon Falls' belongs within the covers of this same theoretical anthology-yet-to-come. He gives a treat in the form of not only our favorite money-loving criminal, but a woman who (like it or not, mostly he did not) shape his outcome. There is crime a-plenty in this short story, but it steps aside to the greater crime that sets the stage between the two: The crime of society itself. In this case we assure you it is not a cop-out. If you're like me, you read the last paragraph a few extra times, and marveled that you did not collapse from too much irony in the blood. If the previous story was Sherlock Holmes in a Jules Verne meets Raffles arena, this one is clearly in the hard-to-find category of Holmes meets a plot out of Ibsen. Following this is another non-Holmesian POV with 'The Adventure of the Sleeping Cardinal or, The Doctor's Case.' The title is the only fair warning you're going to get. Watson does beautifully and we can enjoy his true-to-form recollections as he gives Holmes his own form of MUSG. I agree with Holmes-he was too hard on himself and he and Lestrade successfully thwarted theft and greed and (though they did not know it at the time) a good-old-fashioned case of fraud. Frankly, I giggled at the idea of Lestrade and Watson innocently thwarting a plot without knowing it-it must have been doubly aggravating for the villains to not be so recognized in their "genius".

Bill Crider's 'Case of the Anarchist's Bomb' returns us to the shadows of the time, and one of the most belovedly fictitious pieces of real estate: The Diogenes Club. Naturally the most infamous and corpulent and bone-lazy member is within. At the end of it, our heads are spinning as well as Watson's. Peter Calamai's Riddle of the Rideu Rifles stretches backwards in time from 1940 and into a dark tale of splinter politics that caused so much trouble for WWI. Lyndsay Faye's 'Adventure of the Willow Basket' picks up not long after the arrest of Colonel Moran. In it we have by Watson's own admission, "a terrible story" and it doesn't even need a repulsive red leech to be so (but it helps. Oh, it helps. I can't think of that willow basket being used for murder without shivering). Amidst the turmoil we can be glad that Holmes, Watson, and Lestrade finally come to an understanding with each other. The Onion Vendor's Secret is my offering so I won't be reviewing it, moving on instead to Jack Grochot's 'Case of the Murderous Numismatist'. It throws us into a hefty case of counterfeiting-a crime that had far higher stakes than it does now. I'm always astonished anyone back then would even think of facing those charges, and Holmes' work in defeating them only reminds us crime does NOT pay, whether the coin is real or fake. Bert Coules gives us a rare treat: a play script that can be read out loud in a group and while I haven't done so, it would go great with a roaring fire and a hot drink. It 'reads' like one of the old style thriller radio plays of old-thank you, Bert Coules! Andrew Sachs, Clive Merrison and Michael Williams are in the room when we read (and there are some parts where I can imagine Frazer Hines is there as well). Wendy C Fries' 'Study in Abstruse Detail' is all about a very abstruse person indeed-none other than Vamberry, the beautifully-named but little-known character of Holmes' recollection. This is another rare sort of tale, where the crime exists largely in the inflated imagination of the criminal, who is not as bad or unforgiveable as he believes.

Christopher Redmond's 'Adventure of St. Nicholas the Elephant' follows in true ACD tradition-the story begins with a mysterious and colorfully visual newcomer to 221B Baker Street and soon moves to a peculiar happenstance, murder, Inspector Hopkins, and a glimpse into a very strict catechism in the Great Detective's life. Be prepared to smile at the comment of Watson's Scottish roots and a tip of the hat to James Barrie. When you're done smiling, Mike Hogan has a Lady on the Bridge but first take a moment to savor the beginning-it is very Dickens in its attention to detail and the cost of living. Unusually for the genre, Hogan pays as much attention to the value of London's architecture in setting the mood. He knows that the two are as indistinguishable in fine writing (one may as well describe a person and forget how they were dressed). Read this one closely, aspiring writers who want to be absolutely accurate to the ins and outs of this time period. This may be the most rollicking and rip-roaring of Volume II.

An epidemic of-of all things against British-poisoned tea will remind you that crime is limited only to the imagination and resources of the criminal in question. This is a nice tie-in with WWI and a fond reminisce with the Adventure of the Three Students. Carl L. Heifetz is one of the Holmesian Scholars who believes Mary Watson died, rather than divorced, and in the first page one can feel the subtle pang of a man who is working overtime to stay busy. A lovely tie-in with Holmes' moods expressed in his pipes leads Watson to leave the rooms in order to give his old friend a much-needed session with his filesand hats off to Heifetz, who proves Watson's medical instincts are barely human in their acuity. But one good deed in darkness leads to the exposure of another dark deedallowing the author another bonus point for Watson's colleague Singh. London IS a melting pot, and I am grateful for every proof I can get of it. Giving us another 'Bridge' story is Dick Gillman. Holmes not only must talk a man from jumping off, but accept the man's case. We can chalk this one up to one of the rarer cases where Holmes demonstrates his hidden philosophy of how the smallest attention to detail is also how to observe what is wrong with the world. I particularly liked his statement of having little pity for gamblers, but detesting cheats. This is Holmes in a nutshell: the risk is nothing without consideration of the prize. Mycroft, Wiggins, Mrs. Hudson and Lestrade are a few of the names you may recognize, but the ending reminds us that, as always, Holmes can be trusted to have his open unique view. This stands alone and I expect to see it in print again.

Collections need each other to be complete, and each era has its own unique difficult challenges. The writers overall met them beautifully. Read this knowing the book may have ended on a high note, but it is not the end. There is a third volume left to read as good as the first two! 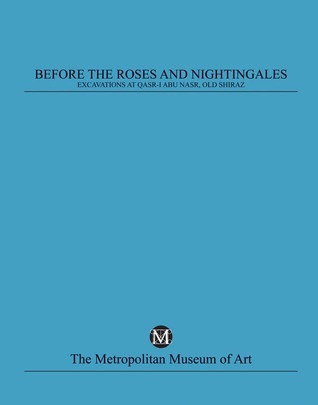 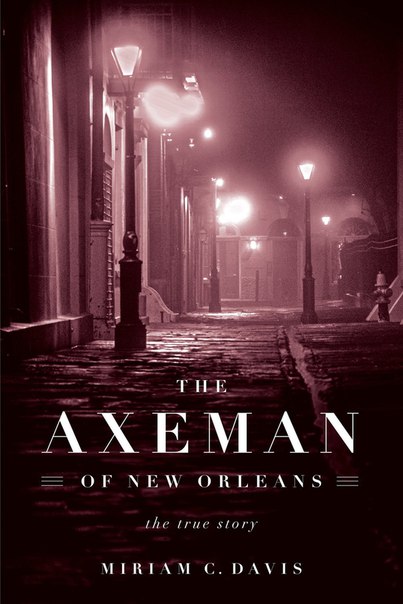 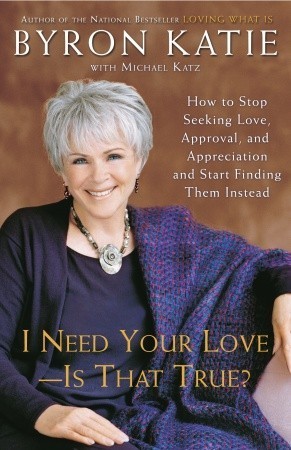 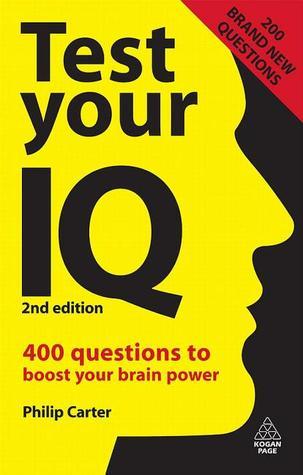