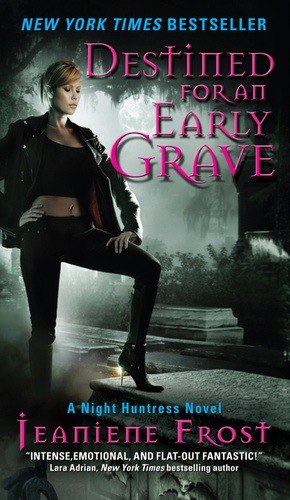 "Let's see how long someone lasts if they suggest that my wife is not my wife."-Bones

"Bloody sneaking bastard," Bones ground out, even as my jaw dropped. "I'll congratulate him on his cleverness - while I'm ripping silver through his heart."-Bones

My heart OMG my heart. Destined For An Early Grave, the 4th book in the Night Huntress Series, was a nail biting, angsty read! The drama is so high in this book my stomach tied in knots the whole time. While on vacation Cat starts having dreams of a vampire named Gregor, in which he tells her that he is her husband, not Bones. He tells her that they are blood bonded and that her memories of him have been blocked, but she can get them back by drinking his blood. Gregor is doing everything in his power to get Cat back. Can Bones and Cat's relationship make it past a forgotten husband, or will Gregor tear their love apart

"Mmm hmmm." The low exhalation came from a brunette farther up in line. I gave her an arched brow and tapped my engagement ring for effect. "Taken, honey." She was human, or I'd have thrown down at the second lingering look she gave Bones before shrugging at me. "Nothing lasts forever." My teeth ground. "Except death." Sonya said something in French that made the woman's mouth curl sulkily before she turned away with a last parting shot. "If you can't stand for your man to be admired, you would do better to keep him at home." With her heavy French accent, her h's were almost silent. You can't kill her just because she's a tramp, I reminded myself. Even if you could have her body discreetly disposed of... "He fucks even better than he looks," I settled on saying. Several heads turned. I didn't care; I was pissed. "And that beautiful face is going to be clamped between my legs as soon as we get ooome, don't you worry."-Cat

"Hey, Walks Like An Egyptian, how about for once you drop the formal stuff and talk like you live in the twenty-first century" "The shit's gonna splatter, start buggin', yo," Mencheres responded instantly. I stared at him, then burst out laughing-Cat and Mencheres

Damn did Cat and Bones go through some shit in this book. Bones is losing his shit, stressed the hell out, scared that someone is going to take his wife from him. Cat is worried that Gregor is going to try to kill Bones because vampire laws says it's death to a vampire that sleeps with another vampire's spouse. They both lash out at each other many times in this book. Their fights seemed very realistic, because no relationship is all rainbows and roses. Everyone fights and everyone says stupid things. And their fights get bad. They separate for a short time, and each thinks the other cheats. Which is some major angst in this book. BTW neither did really cheat it just looks that way.

"It makes you a spiteful brat," Bones snapped, striding forward until he loomed over me. "What say you to that" I dropped Liza's braids and got to my feet. So the gloves were off, huh "That it takes one to know one. What's the matter Are you mad that you sauntered in there, swinging your dick at Marie and reminding her about old times, but you didn't get the results you wanted"-Bones and Cat

My Cat: (Yes I know her eyes are suppose to be glowing green but I photo-shopped for 20 mins and couldn't get them green from the bright red so I was just like fuck it!)

"Either you're a very good actor...or very naive. Gregor wants you back, and he's amassing support for his claim of a blood-binding with you. Vlad Tepesh has named you as a friend. And Bones, who was notorious for his promiscuity, married you and started two wars over you."-Marie

Gregor is a dirty bastard. He is called the Dreamsnatcher because if he touches in you in your dreams he can pull you to where is he. Gregor had visions of Cat's power and that she was meant for Bones so he steals her when she is 16, verbally abuses, and manipulates her into bonding with him. Mencheres finds out what Gregor has done, and he goes and gets Cat. Mencheres buries her memories of everything and locks Gregor away for years. Gregor escapes and he is coming to get his wife back. He pulls every dirty trick he can to force her back. (view spoiler)[ He turns Justina into a vampire, kills Rodney(Bones close friend and Justina's boyfriend) and almost kills Bones by liquid silver poison hidden in a knife during their fight to the death (hide spoiler)]

"Despicable whoreson, her choice has been erased by Mencheres. He dragged her screaming from me only an hour after our binding!" "I don't give a rot if Mencheres yanked her off your throbbing, rigid cock," Bones snarled. "Go dream a little dream, you sod!"-Gregor and Bones

"You're right - we won't change. I'll always want to protect you, and I will get insanely brassed off when I can't. You'll always jump into the fire for me, no matter how much I want you to stay safe on the sidelines. We'll have to constantly battle our own natures to make this work. Are you willing to take that chance"-Bones

Of course there are some moments when Bones acts like an ass, but I could understand where he was coming from, he really acted like any jealous man who is scared they might lose the love of their life. I love that Cat turns to Vlad when Bones and her are apart. Vlad is a great friend to Cat. They have a special and close friendship that I really enjoyed. It gave me a close look at the real Vlad and I loved what I seen. Something big happens(view spoiler)[ Cat get turned into a vampire (hide spoiler)]. I have to say that my favorite part was when Cat kills Gregor, he was such a slimy bastard that I really enjoyed his death. I know bloodthirsty right This book ends in more of a to be continued fashion. I have to just say this series is so good I didn't even want to stop and write reviews for the books. I wanted to just devour the books one right after another without stopping, but books this good need their praises sang, so here I sit writing!

"No. It was my insistence in taking Gregor on alone that caused our separation. I could have told you it was a trap before putting you into that panic room. I could have told you about New Orleans and had you take those pills, so Gregor couldn't learn it from your dreams. But I wanted to handle everything myself. My pride and my jealousy drove us apart. Every mistake you've made with me, Kitten, I've made the same with you, but I don't want to talk about that anymore. I don't want to talk at all."-Bones

Her deadly dreams leave her in grave danger

Since half-vampire Cat Crawfield and her undead lover Bones met six years ago, they’ve fought against the rogue undead, battled a vengeful Master vampire, and pledged their devotion with a blood bond. Now it’s time for a vacation. But their hopes for a perfect Paris holiday are dashed when Cat awakes one night in terror. She’s having visions of a vampire named Gregor who’s more powerful than Bones and has ties to her past that even Cat herself didn’t know about.

Gregor believes Cat is his and he won’t stop until he has her. As the battle begins between the vamp who haunts her nightmares and the one who holds her heart, only Cat can break Gregor’s hold over her. She’ll need all the power she can summon in order to bring down the baddest bloodsucker she’s ever faced . . . even if getting that power will result in an early grave.

Destined for an Early Grave 1 of 6

Destined for an Early Grave 2 of 6

Destined for an Early Grave 3 of 6

Destined for an Early Grave 4 of 6

Destined for an Early Grave 5 of 6

Destined for an Early Grave 6 of 6 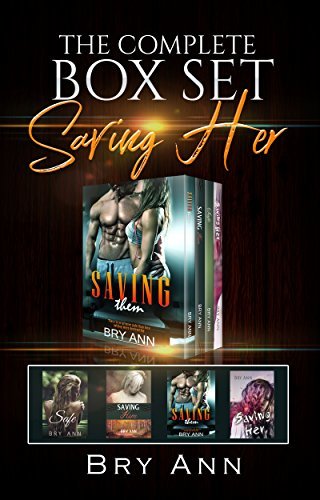 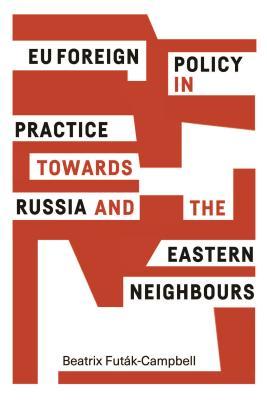 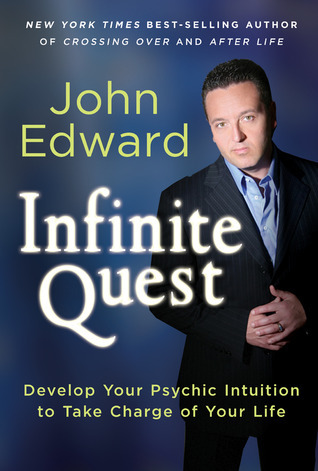 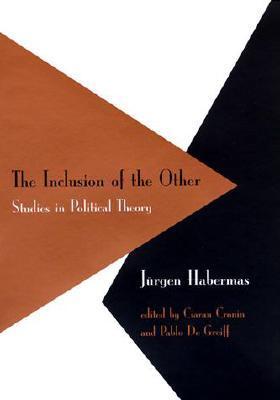