A 75 page poem about farming You've got to be kidding. No, I'm not. Beautiful poetry, a window into ancient times, and ideas to ponder.

From my home in the central valley of California, I choose:

And he, who having ploughed the fallow plain
And heaved its furrow ridges, turns once more
Cross-wise his shattering share, with stroke on stroke
The earth assails, and makes the field his thrall (Dryden translation, Book 1)

The farmer's labor circles back on him
As the seasons of the year roll back around
To where they were and walk in their own footsteps.
And just as soon as the year's old leaves have fallen
And the cold North Wind has shaken loose the lovely
Foliage of the autumn trees, the vigilant
Farmer will set himself to work preparing
For the year to come, cutting and pruning and shaping
with his curved Saturnian blade (Ferry translation, Book 2)

I read three translations of the poem, trying to find which one I preferred. The analysis of the translations is below the review of the poem itself. I would highly recommend reading at least two translations. I got more out of the poem each time, and I could see different ways to interpret it. It's not just about furrows and forelocks.

First of all, Virgi's farmers weren't staring at their phones all day. They needed to watch the sky and the world around them every second. The clouds, the moon, the birds, the animals. Much of the first book treats the signs that tell the farmer what's ahead: is it time to plant to breed horses to scrape the honey from the hive To harvest Is there a storm coming What kind of wind how long

Who sends the signs The gods, of course. In a world ordered by Jupiter, who inexplicably eradicated the easy long-gone life of rivers of wine and lazily gathering food where it lay. The father of the gods has instead imposed a life of ceaseless toil and uncertainty, disasters we may be able to avert if we react to omens.

So maybe we ought to look up and pay attention to what's happening around us, in real life.

I picked up the Georgics because I'm in a book group that is reading Paradise Lost over the summer, and Virgil's work is often referenced in commentary. And indeed:

For Father Jupiter himself ordained
That the way should not be easy. It was he
Who first established the art of cultivation,
Sharpening with their cares the skills of men,
Forbidding the world he rules to slumber in ease.
Before Jove's time no farmer plowed the earth;
It was forbidden to mark out field from field,
Setting out limits, one from another; men shared
All things together and Earth quite freely yielded
The gifts of herself she gave, being unasked.
It was Jupiter who put the deadly poison
Into the fangs of serpents; commanded the wolf
To seek and find its prey; ordained that the storm
Should cause the sea to rise and flood the land;
Stripped from the leaves of oaks the dewlike honey
That made them glisten there; hid fire from man;
Turned off the flow of wine that everywhere
Ran in the streams; all this so want should be
The cause of human ingenuity,
And ingenuity the cause of arts, (Ferry translation, Book 1)

Virgil is writing just as Augustus is defeating Anthony and finally consolidating his status as single ruler of the Roman Empire. The passages that describe battles of bee colonies, or insecurity in general, reflect many years of actual civil war. Virgil celebrates the retired life of the farmer (although he didn't choose it for himself) but he notes that even in the countryside conflict affects your life.

Virgil has accepted the burden of hard work and occasional losses. He is a Roman. He instructs, and he celebrates the satisfaction of well crafted tools, well plowed fields, well-bred stock, well-tended vines, well-grafted trees.

The poem is a somewhat odd mix of generalist show-off and specialist-prescriptions. By treating all topics Virgil displays his wide expertise (some of which even his contemporaries disputed) . But he also warns that the farmer must first assess his land and climate, and plant accordingly. Don't try to raise grapes in land suited to goats. In his long celebration of the bee in Book 4, he spells out the task for each bee according to age and condition. The colony depends on mutual support, community responsibility for raising children, and attention to your assigned job, be it building cells or gathering pollen.

Intermixed with these sober explanations of how to mind your farm are diversions where the poetry shifts from an easy didactic tone to flights of artistry as Virgil leaps to myths, Rome's destiny, and political events that reveal his eagerness to achieve renown in epic poetry. The greatness of the poem lies in Virgil's ability to make both modes equally accomplished and engaging.

Think of the shining cities and the accomplishments of men,
towns created by such effort on steepling rocks
with rivers rumbling underneath their ancient walls.
Hers are the most intrepid men--fierce Marsians, and Samite stock;
Ligurians, misfortune's friends; Volscian lancers
You who, already champions of Asia's furthest bounds
Hail to thee, Italy, holy mother of all that grows,
mother of men (Fallon, Book 2)

As much as Virgil is writing to show off his knowledge and his art, he is also urging men to accept that life is hard and must be met every day with stamina, attention, acceptance of class and station, reverence for the gods, and sheer relentless work. Little wonder that centuries of schoolteachers used this as a text in Latin class. But with this acceptance of the rigor of the established order and its rules, came an understanding of exactly what your tenants were doing in order to pay their quarterly rents. That every day was work, and disaster could strike the best husbandman through no fault of his own.

So then, which translation into English to choose This is a make or break decision. One translation I abandoned early in dismay, a second put me to sleep, and three I read through, enjoyed greatly, and deal with here.

So how does it start off Note that Virgil is writing the poem for his patron, Maecenas.

[My one year of Latin is totally insufficient: Google Translate is little better: "What God will do (make) the crops joyous, beneath what star the earth, render the words, Maecenas, and wed vines to elms, the fourth is the care of the oxen, of the worship of those who ought to have of the flock, and all the skill the thrifty bees, on the one side and to praise, I will begin. "

So much for machine translation. Any readers: please pitch in in the comments with a better literal. I include Google in part to indicate that the 'joy' in the first lines below is not translator license.]

What makes the cornfield smile; beneath what star
Maecenas, it is meet to turn the sod
Or marry elm with vine; how tend the steer;
What pains for cattle-keeping, or what proof
Of patient trial serves for thrifty bees--
Such are my themes."

What's right for bringing abundance to the fields;
Under what sign the plowing ought to begin,
Or the marrying of the grapevines to their elms;
How to take care of the cattle and see to their breeding;
Knowing the proper way to foster the bees
As they go about their work; MaecÃ©nas, here
Begins my song.

What tickles the corn to laugh out loud, and by what star
To steer the plough, and how to train the vine to elms,
Good management of flocks and herds, the expertise bees need
To thrive-my lord, Maecenas, such are the makings of the song
I take on myself to sing.

L P Wilkinson
I don't have it any longer, donated it although I read a good chunk. Too Victorianish and wordy.

David Slavitt:
Also donated after ten pages. In Slavitt's version, Virgil starts off in a casual manner, with what seems a bit of a sneer, as if he's at a Roman banquet thrown by Maecenas where each guest has drawn a piece of paper with a topic for a poem on it, and he had the rotten luck to get 'agriculture.' Not at all my reading of Georgics.

So, I would read Ferry as a first go (with Fallon a good second choice). Importantly, Farrar, Straus and Giroux have included the Latin. Ferry captures what I vaguely grasped as the direct, somewhat plainer feel of the Latin, and its strong forward motion. The poem moves right along. There is plenty of beauty in his English, but it flows naturally. Ferry's forward is light on the academics. Instead, it shares his love of the poetry and what it says to him: "Everywhere in the four books of the poem there are ecstatic and tender celebrations of the very life in things." A glossary helps with all of the names.

One thing the en face version gives you is an appreciation of the economy of Latin. Even clean-cut Ferry needs half again as many lines as Virgil.

Then I would read Dryden. Absolutely beautiful.

Then Fallon. This Irish translator knows farming, and he knows the effort of healing a country after the Troubles, as he mentions in his introduction. In many passages he equals the other two; you can enjoy the Irish love of language in the passage above. Close attention will reveal lovely details like 'steering' the plow in the first sentence, above. It is certainly a version that will prompt you to pull more from the poem. My only quibble is that perhaps Ferry is closer to Virgil's tone. Fallon's introduction is also useful in providing context, both political and poetic, for the poem. He also has a precis of each of the four books, and more notes, although Ferry's glossary covers much of the same material.

Prescription: Enjoy with a glass of Falernian and some olives. 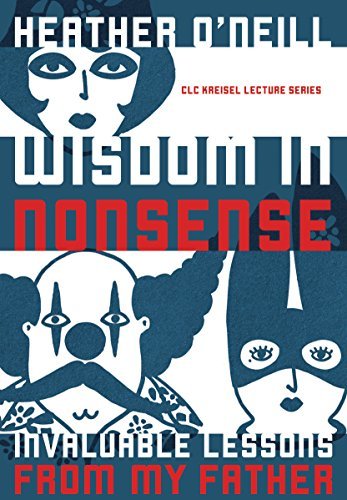 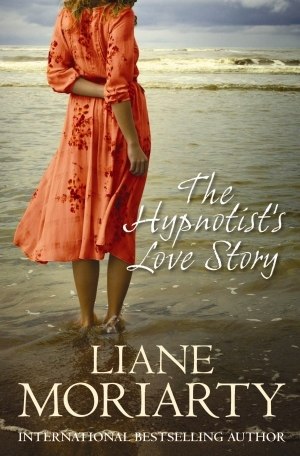 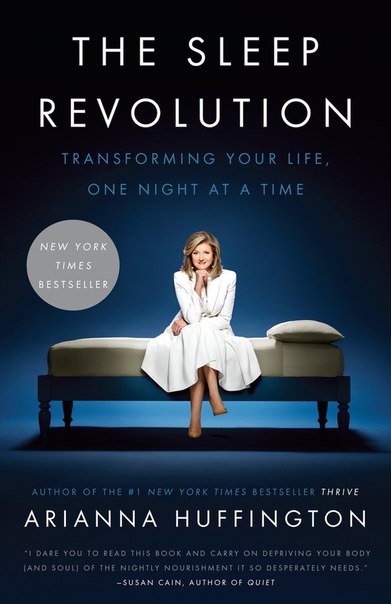 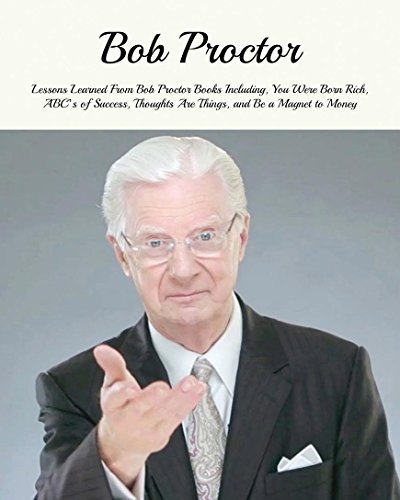 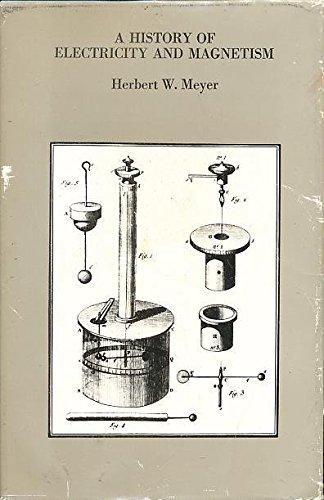