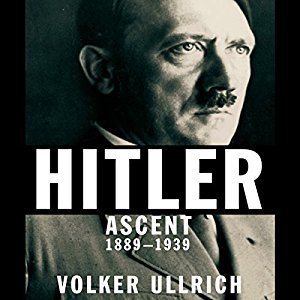 I cannot find any fault with Volker Ullrich's Hitler: Ascent 1889-1939. It is articulate, heavily researched, fearless in challenging long-held assumptions with historical facts and overall just a terrifying pleasure to read. Note that in the last volume of Karl Ove Knausgaard's My Struggle, there is a fantastic aside of several hundred pages about Hitler which also makes for an interesting read! Anyway, back to Ullrich...the next volume is supposed to appear in June 2020 from Bodley Head with ISBN: 9781847922878.

The author covers the events in Hitler's life up to 1939 interspersed with occasional chapters to illuminate parts of Hilter's dark personality. There are two chapters that deal with Hitler's relationship with women (and purported by apparently false rumors of homosexuality). Unlike his other cronies, he did not drink (Ã  la Trump) and did not whore (unlike Trump) and was a vegetarian, and was - at least until his brief imprisonment at Landsberg in 1923) - probably a virgin. This author does not play up sexuality as a primary motivation in the manic psychosis of Hitler. His explanation is more than Hitler was tortured by feelings of inadequacy and economic inferiority which he overcompensated for in his incredible speaking voice, his perfect photographic memory, and his expert political maneuvering.

As for Klara Hitler's influence on Hitler, the tragedy of her early, untimely death probably did damage him, but - as posited by the author - his relationships with women such as Winifred Wagner, the widow of Richard Wagner's son Siegfried, seemed to be adequate substitutes - in this case Winifred would play an older woman despite being younger than Hitler. Note that this relationship was platonic and not sexual in all likelihood. That being said, it is clear that he felt women were "inferior creatures" because he was careful to ensure that all the people in positions of power were men and that the pretty much well-known liaison between Eva Braun and himself remain hidden from public scrutiny.

Hitler's father Alois was a brutal disciplinarian who savagely treated his wife and kids - albeit not uncommon at that time (or even, sadly, today) - and Hitler's mother Klara did her best to protect her favorite child, Adolf from the violence. He was a mediocre student and sort of a loner. Two important events happen when he is 18 years old: his mother is diagnosed by the Jewish family doctor, Eduard Bloch (Hitler grudgingly looked up at Bloch's window during Anschluss in Linz in 1938 as Bloch said after he narrow escape to the United States in 1941) with breast cancer in 1907, she improves under his care, Hitler is rejected from the Academy of Fine Arts in Vienna, and his mother dies of cancer in 1908 at the age of 47. It is likely that this rejection by the "establishment" (which haunted him from then on and was at the root of his detest of intellectuals) and the death of his mother that started to destroy his soul. That being said, he quickly developed a talent for hiding his true feelings as he hid his rejection from the school from his parents. In 1909, he moves to Vienna and becomes embittered by his struggle (well documented of course in Mein Kampf) to survive on his meager art skills. It is also at this time in Vienna that he began to imbibe anti-Semitism. Due to the economic factors, there was an influx of Jews from eastern Europe into Vienna leading many to fear that Vienna was being "Jewified". It seems likely that Hitler wanted to place the blame of his own failure to succeed and advance personally on an external factor and like many Austrians of that epoch, he settled on the Jews as a convenient and popular scapegoat. But, for the moment, his changing views did not make him the outspoken demagogue that he would later become in Munich to which he emigrated in May 1913. Other than a squabble with Austrian authorities over military service, he was still a relatively quiet, friendless person.

After the assassination of Archduke Ferdinand and his wife in Sarajevo on 28 June 1914, all of Germany was caught up in a wave of nationalism leading up to Germany's declaration of war. In reality, this wave was political manipulation by Kaiser Wilhelm II and Chancellor Bethmann Hollweg who propagandized external threats from Russia as the bogeyman: by feeding this fear of invasion, they stoked up a cross-class, cross-party fire of nationalism resulting in massive public demonstrations such as those in Munich from July to October 1914 which Hitler witnessed and in which he was caught up emotionally. He immediately tried to get enlisted to fight for the Germans and was sent to Lechfield in the "List" Regiment (so named for its first commander Colonel Julien List).

There is a fascinating and absolutely critical historical sidenote here (page 53), where the author explains that when the German army retreated in September 1914 to the Marne having failed to encircle and destroy the French army, that the war has already lost on paper and yet this fact was never released to the public. This is particularly critical because, in his later rhetoric, Hitler would always put Germany in the position as the victim of aggression whereas the truth was utterly different. And since the public was never told the truth, they believed Hitler and the NSDAP's "fake news" which justified in their minds the extreme measures that the Nazis began to take in the 20s and 30s to "revenge German honor" supposedly lost during WWI.

Hitler's baptism by fire (p55-57) was the near-complete annihilation of the "List" Regiment including its namesake and commander near Ulm in October 1914). In mid-November 1914, near the western front, Hitler left a tent where the new commandant of the List company, Philipp Engelhard just 5 minutes before the tent was shelled and its occupants seriously injured or killed - one of many lucky escapes that Hitler would play up in his "divine mission" in Mein Kampf in that he felt that "God" had saved him. Hitler became a courier between the regimental command and the front line and was present at the horrific Battle of the Somme. Here again, he luckily survives but on October 5, 1916, Hitler was hit by shrapnel when the staff bunker was hit by a shell. While he was recovering behind the lines, he learned of the accusations of profiteering leveled against the Jews (although, in truth, it was the corrupt government safely behind the battle lines was engaged in profiteering but conveniently fermenting these anti-Semitic lies to hide their tracks.) This was particularly disingenuous as thousands of Jews were fighting in the trenches for Germany. Hitler's List Regiment continued to participate in all the major skirmishes up to the end of the war with heavy casualties. Another great irony of history is that it was likely that Jewish lieutenant Hugo Gutmann was probably the person that put Hitler up for the Iron Cross. Hitler's thanks "We had a Jew in our regiment, Gutmann, a coward beyond compare." (p. 70). In October 1918, his unit went back to the front where he was nearly blinded by mustard gas.

I will be less verbose about the rest of Hitler's career - I just learned so much about the formation of Hitler's psyche in the years leading up to the 20s that I wanted to spend some time on them.

It was horrifying to read about how Hitler decapitated and recuperated the DAP (German Worker's Party) and soon NSDAP (same with National Socialist) party which became his primary vehicle to taking power. I knew that a primary motivation for Hitler's rise was the unfairness of the Treaty of Versailles after WWI, but what I didn't know was that when Hitler was in Munich during later 1918, he witnessed first-hand the Bolshevik Republic of Bavaria - a short-lived Communist revolution that was mercilessly repressed by a mercenary group, the Freikorps (which gave Hitler ideas for the SA and later the SS) sent by the government in Berlin. From this moment on, Hitler becomes virulently anti-Semitic and anti-Communist - two subjects that became interchangeable in his invective. While his paranoia versus the Communists can be understood based on the Revolution of October 1917 and the small-scale revolution he witnessed in 1918 in Munich, the anti-Semitism that came to be such a core value for Hitler remains, for me at least, still somewhat mysterious. As Ullrich points out, Jews made up only 1,9% of the population of Germany, but there had always been pogroms against them - under the pretense of "Jesus killers" and the like. It was sad to learn that Dachau was opened as soon as Hitler was declared Chancellor in 1933. They wasted little time in unleashing their violence. I felt physically ill reading in particularly about Krystallnacht. Horrifying.

Suffice it to say that the entire book is incredibly informative and thought-provoking. It is HIGHLY recommended for those who wish to understand how monsters are created and how monstrous regimes are born out of ignorance and concessions to ignorance. In the present period, fascism is still a real and present risk and must be fought.

The world has not gotten beyond it's latent (and not so latent) racism and anti-Semitism and books like Volker Ullrich's Hitler Ascent make an irrefutable case for caution and the dangers of underestimating the capacity for evil and manipulation by populist rabble-rousers. Still weeks later, this book echoes in my mind. With the Fascists gaining 100 seats in the Bundestag on 24 Sept 2017, unfortunately, the nightmare is still a threat even 80 years later :( 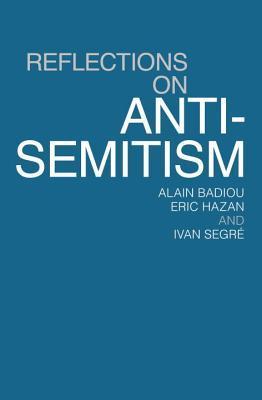 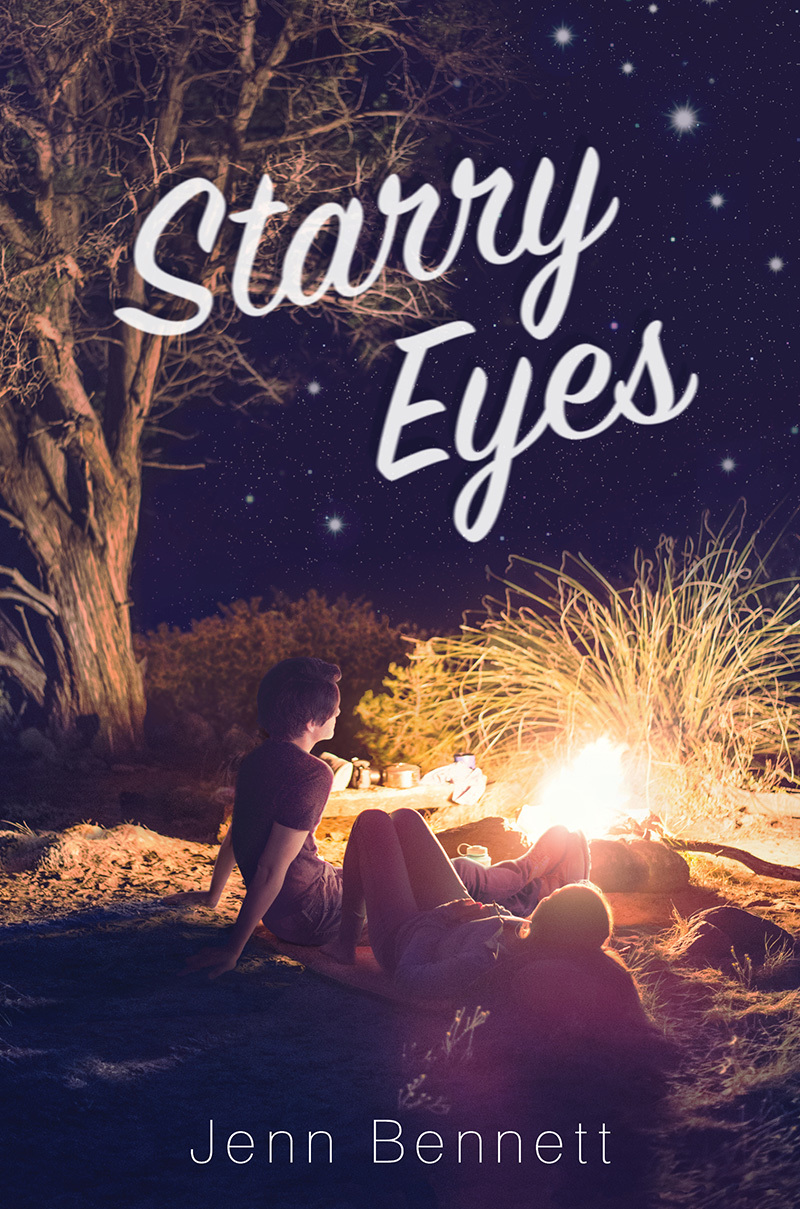 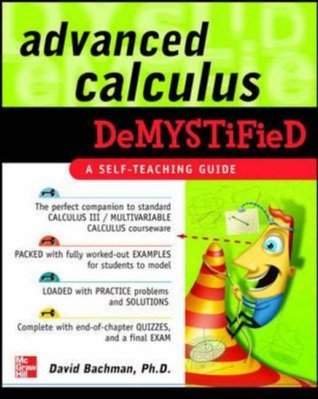 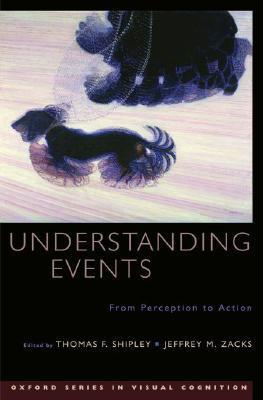 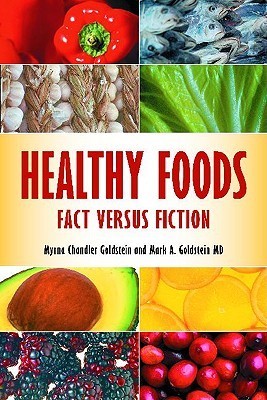 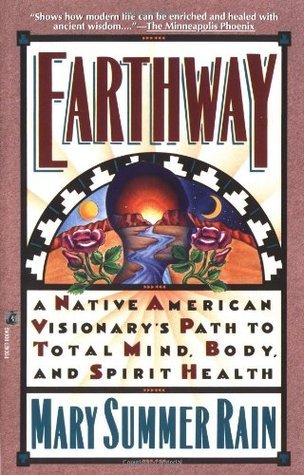