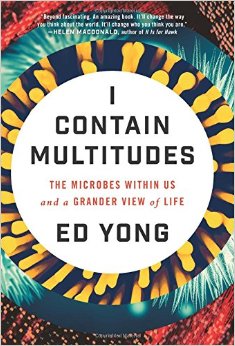 Carol Anne Freeling was certainly right when she said, "They're hee-ur," well maybe not enraged spirits, but there are certainly plenty of entities present to which we have paid insufficient attention. Maybe Regan MacNeil was closer to the mark in proclaiming "We are legion."

When Orson Welles said "We're born alone, we live alone, we die alone," he was mistaken. Even when we are alone, we are never alone. We exist in symbiosis-a wonderful term that refers to different organisms living together. Some animals are colonized by microbes while they are still unfertilized eggs; others pick up their first partners at the moment of birth. We then proceed through our lives in their presence. When we eat, so do they. When we travel, they come along. When we die, they consume us. Every one of us is a zoo in our own right-a colony enclosed within a single body. A multi-species collection. An entire world. Trying to map what it is to be a physical human being, in something like the Human Genome Project, is a daunting task. But our genes tell only part of our story, like a novel with a beginning and ending but no middle. That middle is taken up by the vast array of other life that exists within our bodies. While the guests we harbor may not necessarily be in league with Satan, they are a mixed lot. They mean us no harm, particularly, and we have evolved very workable symbiotic relationships with them, but they are not necessarily our friends either. They took up residence for their own benefit and will stick around and provide benefits to us only as long as we provide what they need, like that girl/boy friend you remember with gritted teeth.

I won't say this book will blow your mind, but this is your brain

This is your brain after reading this book


Shame about that haircut

[In the interest of full disclosure, it should be known that every day when my wife was reading this book, she would walk in the door and tell me of yet another thing she had read that had totally blown her mind. Not that my mind didn't go Ka-Boom when I read it. It certainly it. But hers was blown first. I only steal from the best. ]

I Contain Multitudes will change how you understand not only the human body, but all the biota on the planet, hell, the universe. It will help you understand how it can happen that diseases like the flu can adapt so quickly to our latest attempts to stamp them out. It will help you understand why coral reefs are dying. It will give you some new words that help keep the new knowledge manageable. (My favorite is dysbiosis which is what it sounds like, a biological parallel to dystopia, with a hint of enforced disorganization.) It will expand your appreciation for how microbial biology works within people and in the world. It will offer you hope that there can be a future in which many of our maladies will not only be diagnosable, but will be treatable with the introduction of the right, specific probiotic. It will do your dishes and massage your feet. Well, ok, not the last two, but KABOOM, big new look-at-the-world stuff. Ok, you biologist types, pre-med, med, post med, anti-med, wearers of white lab coats, whatever the length, you know this stuff, at least I hope you do. But for most of the rest of us it is indeed a big change, a new layer of reality, well maybe not entirely new, but new enough to go KABOOM!

Our intro to the world of which Yong writes, antibiotics, is probably akin to the one WW II bombadiers had through their bombsites. Amazing invention/discovery, antibiotics. They do a great job of wiping out pathogens, the nasties that make us ill, well, some of them anyway. Other harmful microbial types, the viral ones, roll their eyes at incoming antibiotics and keep on with what they are up to. However, as with items dropped from passing aircraft, the use of antibiotics entails considerable collateral damage, as the human body is a container for a vast array of microbial life. One might well envision millions of non-pathogenic residents shaking their fists as the incomings not only wipe out the harmful bugs, but vast numbers of the helpful ones as well. Ed Yong offers a more on-the-ground look, filling us in on what is actually going on inside, and how this part of what's inside relates to that other part.


If these folks can have an entire civilization inside a locker, just imagine what might develop in your liver or large intestine.

If you don't know who Ed Yong is, it's a good bet that you will before too long. Yong is a popular science guy, a Neal DeGrasse Tyson, Bill Nye, Mary Roach, Jacques Cousteau, David Attenborough, Carl Sagan sort, a person who can take the wild, wonderful and fascinating things that are going on in the world of science and distill them all down for public consumption without making viewers' or readers' eyes glaze over, or listeners' ears suddenly clog, without making you feel like an ill-educated dolt, and he accomplishes this with enough humor to produce a fair number of smiles and an occasional LOL. (Not in Mary Roach's league for humor, but hey, who is) He is an award-winning science writer at The Atlantic, whose work has appeared in a wide range of publications, from The New York Times to Nature, from The Guardian to Wired, from Slate to Scientific American, and on and on. He splits his time between London and DC, and I would not be at all surprised if he dashes back and forth in a TARDIS. I have provided links in EXTRA STUFF that will lead you down rabbit holes of fun material from Yong that may take you a while to leave.

Among the many surprises you will encounter here are a squid with its own high-beams, the microbial advantage of vaginal birth, the impact of gut microbes on mood, why a third of human milk is set aside for our guests (protection payments), the relationship between the US Navy and mucus, why no man may be an island, but we may be archipelagos, and vats more.

There is serious consideration given to how our relationships with this invisible world evolved: animals emerged in a world that had already been teeming with microbes for billions of years. They were the rulers of the planet long before we arrived. And when we did arrive, of course we evolved ways of interacting with the microbes around us. It would be absurd not to, like moving into a new city wearing a blindfold, earplugs, and a muzzle. Besides, microbes weren't just unavoidable: they were useful. They fed the pioneering animals. Their presence also provided valuable cues to areas rich in nutrients, to temperatures conducive to life, or flat surfaces upon which to settle. By sensing these cues, pioneering animals gained valuable information about the world around themhints of those ancient interactions still abound today. "It all depends." As if life wasn't complicated enough. Don't you just love it when you are looking for help and the person you are asking responds with "It all depends." And it really does, and it really will. What will be different, though, will be that your caregiver will have a much better idea than most caregivers can possibly have today. They will be able to look at a profile from a type of blood test and match potential solutions to the bacteria living in your gut, or wherever else in your two-legged bacteria condo might pertain. This knowledge is still in its infancy - at least a broad knowledge, but it is coming, and has the potential to make meaningful improvements in our health. As microbiologist Patrice Cani told me, "The future will be a la carte."
And in this a la carte future, we won't have to stop at picking the right bacteria for the job. Some scientists are picking the right genes for the job, and combining them into artisanal bacteria. Rather than just recruiting species with the right abilities, they are tinkering with the microbes themselves to endow them with new skills.
Balance - from Explainxkcd.com

This raises some concerns, although they do not get a lot of attention here. If scientists can develop designer probiota to ameliorate suffering, there will always be evil-doers eager to use new technology to make designer biota intended to act as pathogens. In fact that is pretty much my sole gripe about this book. I wish more space had been devoted to the potential dangers of this advancing treatment modality. Just ask yourself, What would ISIS do

The title of Ed Yong's book may not be up there with The Selfish Gene, Silent Spring, or Guns, Germs and Steel but what it lacks in snappy-ness it more than makes up for in content. This is a smart, readable explanation of one of the major ongoing scientific revolutions of our time. If you look deep inside yourself you will know that this is absolutely must-read material.

Links to the author's personal, Twitter, and Google+
pages

VIDEOS
-----The Invisible Universe Of The Human Microbiome is an animation that presents in a very simple manner, but is quite good
----- The human microbiome and what we do to it - we are only 1% human if you are counting genes, an interesting vid from Australia's NPS Medicinewise nonprofit

OTHER
-----Micropia - an Amsterdam museum of the invisible
------February 15, 2016 - NY Times - 40 Trillion Bacteria on and in Us Fewer Than We Thought - by Nicholas Bakala
-----May 10,2017 - A Baffling Brain Defect Is Linked to Gut Bacteria, Scientists Say - by Gina Kolatomay
-----June 26, 2017 - NY Times - The Solution for Skin Ailments Could Be Right Under Your Nose by Ferris Jabr - An early example of using our own microbiota to help cure problems that are at least in part caused by our own microbiota
-----July 14, 2017 - NY Times - A gene we believe is significant in diagnosing Alzheimer's may, in combination with non-DNA material, help prevent it - An Ancient Cure for Alzheimer's - by Pagan Kennedy
-----July 31, 2017 - NY Times - Lovers Share Colonies of Skin Microbes, Study Finds - by Aneri Pattani
-----August 24, 2017 - NY Times - a fascinating new study of contemporary hunter-gatherers' microbiome has implications for modern diets, and health - Gut Bacteria Can Fluctuate With the Seasons by Carl Zimmer
-----February 1, 2018 - NY Times - Some of our tenants are behaving badly - with 50,000 Americans dying every year from colon cancer, early testing for these two microbes can save an awful lot of lives - Gut Microbes Combine to Cause Colon Cancer, Study Suggests - by Gina Kolata
-----April 13, 2018 - NY Times - More KA-BOOM from this article on the surprisingly global reach of viruses - Trillions Upon Trillions of Viruses Fall From the Sky Each Day - by Jim Robbins
-----May 25, 2018 - NY Times - Gives new meaning to the phrase 'I had a gut feeling' - Antibiotics in Meat Could be Damaging Our Guts - by William D. Cohen
-----February 5, 2019 - Smithsonian - If your gut feeling is depression, there may be a biotic cause - Scientists Find a Possible Link Between Gut Bacteria and Depression - by Jane Recker
-----March 2, 2019 - NY Times - The A.I. Diet - by Eric TopolMore than a hundred factors were found to be involved in glycemic response, but notably food wasn't the key determinant. Instead it was the gut bacteria. Here were two simultaneous firsts in nutritional science: one, the discovery that our gut microbiome plays such a big role in our unique response to food intake, and the other that this discovery was made possible by A.I.-----April 9, 2019 - NY Times - You're Covered in Fungi. How Does That Affect Your Health - by Kaleigh Rogers

June 12, 2019 - Breast Milk Is Teeming With Bacteria - That's Good for the Bab - by Apoorva Mandavilli 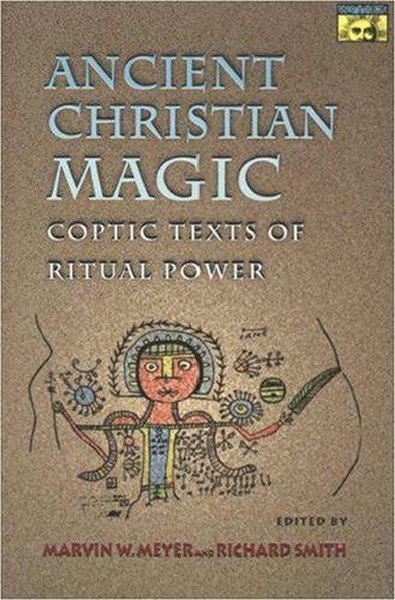 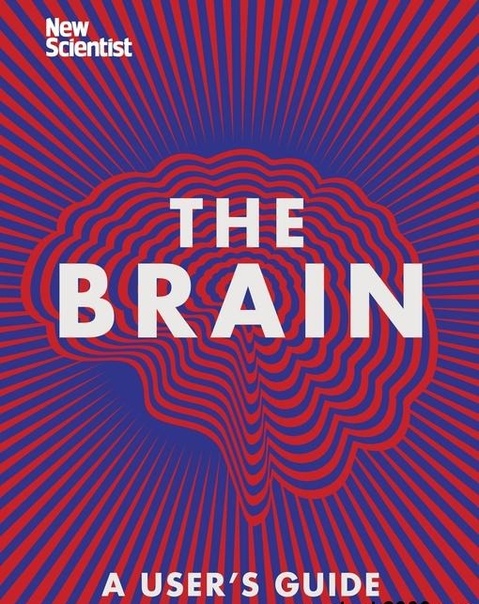 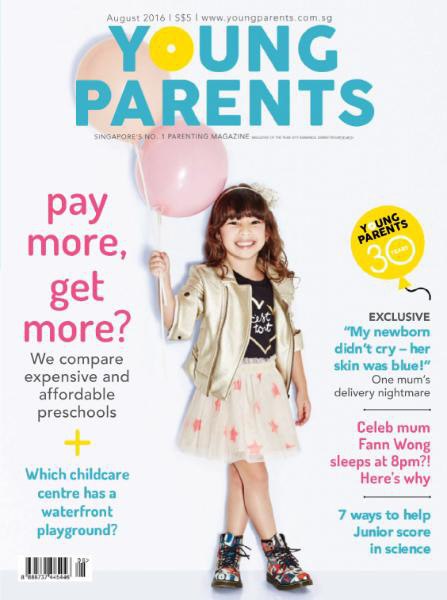 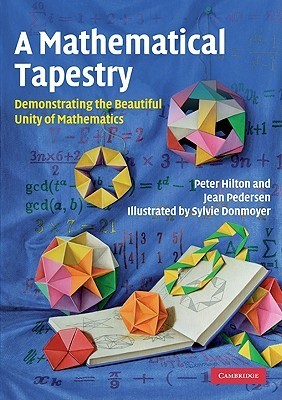 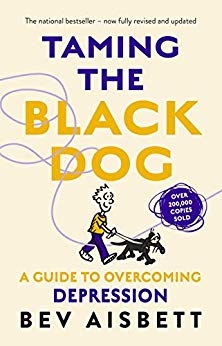