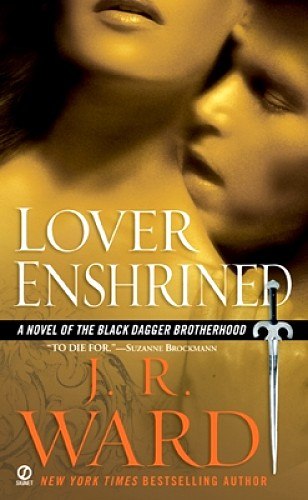 I loved this book. I had heard many criticisms about it not being as good as the others, and Phury not being as fleshed out. I have to say that I have a real understanding of Phury now. His torment is very much internal and revolves around his sense of failure, his not being able to "get there on time", as my mother so wisely said as we discussed the book last night at dinner. He failed in helping his parents, he failed in getting his brother back faster. Boy does he have a whopping case of Survivor's Guilt.

I went through the whole gamut of emotions as I read this book: anger, sadness, joy, rage, helplessness, you name it. I was right there next to Phury every step of the way. And most of all, I felt his isolation. I firmly believe that he is the least understood of the brothers, and in some ways has been given less understanding. I would never justify drug abuse, but pretty much all the Brothers, possibly excepting Wrath, have had some pretty destructive habits.

I hurt for him when he was kicked out of the Brotherhood, but at the same time, I knew it was for the best. He could not grow if he didn't leave that safety net behind. And in my understanding of addiction, you cannot enable the addicted person. Zsadist said some harsh things to Phury, and maybe they needed to be said, and at the same time, I am so glad that Phury confronted him on never saying thanks. It needed to be said. Phury has been in a vicious cycle, as my sister said. He always feels the need to play the Knight in Shining Armor, yet continually goes without having his own needs met. It has taken a toll on him and I believe, lead to him seeking solace in drugs.

These Brothers are very highly sexed individuals, so I cannot imagine how difficult it must have been to spend many, many years celibate, and Phury did not have Zsadist's issues with sex to lessen his sex drive. The red smoke was a coping mechanism that started to consume him. But what is most telling is that when Phury gets the chance to have all the sex he wants, as the Primale, he is tormented about it, and hedges at doing his duty. I interpreted this as Phury being a romantic, pure and simple. Also it tied into his Savior complex issues. He was just burned out, and the last thing he wanted was to be responsible for forty more people, and their offspring. Plus, he wanted one woman, Cormia.

Once again, I am utterly impressed with JR Ward's ability to tell a story. This book shone from the first sentence. I love how she starts the book from the Omega's perspective, showing a little of his side of things, and showing some vulnerabilities, and what seems like 'humanity' in him. It leads so well into a major shift in the storyline. And what a shift it is.

I read this book late compared to other reads. I did that on purpose. I wanted to stagger my reading of the wonderful series because I did not want to go a long time before a new installment came out. Since I am very active in the romance novel fan community, I have heard many comments about this book, a lot of them less positive. Another area of major complaints was with Cormia. I don't understand why. I adored Cormia. I think she is PERFECT for Phury. They are both innocents in some ways, and their coming together could be nothing but destiny. I was quite annoyed that Phury wouldn't yield to this destiny, but understanding his Savior/Failure complex, he felt his was not worthy of her, and would only destroy her if he gave into his love for her.

Cormia was not a doormat, as has been implied. She is a soft, sweet woman, with a backbone of TITANIUM. This is made clear in how she steps up and is not afraid to tell off the Primale. I can't blame her for being intimidated by a houseful of enormous, formidable warriors. Going from a world of white and blandness to a world full of color, textures, emotions, and sensations. In fact, I loved seeing her immerse herself in this world. I enjoyed her innocent childlike enjoyment of simply running around on the lawn, and swimming naked, smelling roses, and watching movies for the first time. If anything, I wish that Phury had spent more time with her enjoying these moments. Whenever Phury was off "lighting up" I was telling him, go "play" with Cormia. However I did like that we got to see John Matthew interact with and be attracted to Cormia and to realize that his destiny lay in another direction as far as mates, a tough, strong woman that makes his heart beat faster. That person being Xhex.

It was nice to see Cormia and Bella interact and become friends. Cormia picks up right away, that Phury is mooning over Bella. She feels that Bella is a rival for his affections, because right away, Cormia feels possessive of Phury. He is her man, and she does not want to share him with anyone, much less her Chosen sisters, or Bella. But soon, she realizes that Bella is a true friend, and that Bella wants Cormia to win Phury. I loved their girl-bonding moments.

Cormia did help Phury in ways that the other characters could not. Her love and peaceful nature helped him to deal with his demons as he detoxed from two hundred years of drug abuse. That was a grand moment for me. I love Phury and I hated seeing him on that awful downward spiral. The scene in the bathroom was one of the most painful scenes in a book I've ever read (and since we are talking about the Black Dagger Brotherhood books, that's saying something.) It made the final triumph of Phury so much sweeter. That is not to say that Phury doesn't have a hard struggle ahead, but he is not alone in it, as he soon finds out.


It was painful to see Phury and Zsadist so at odds in this book, but I realize that this had to happen for their relationship to evolve and to heal. I was so glad at the scene near the end where Zsadist comes and sings again for his brother, accompanied by the other Brothers. I was practically crying, but also smiling at this. In fact, had this not been in the book, I would have been severely disappointed. And we also find out that although it seemed that Zsadist washed his hands of Phury, he never did abandon him. That was also great to experience.

I loved seeing Cormia and Phury interact. There was chemistry and fate in their interactions, although neither really seemed to grasp it. I think their relationship is one of the sweetest, most innocent in this series, and for that, it earns a special place in my heart.

Now for the other character's in the book. It was so great to see more of the triad: John Matthew, Qhuinn, and Blaylock. I wish there was more of Blay's viewpoint, but maybe that will be in the next few books. I just love John Matthew so much. I am happy that he is healing, slowly but surely. Not there yet, but he's going in that direction. His sense of shame for what happens to him, should not be a burden he has to bear, but I was so glad that he knows that there are people there to love and support him. His heartbreak about the loss of Tohr is readily apparent. And his joy at his return was sweet.

Qhuinn is such a complex character that we are just getting to know. He is a tortured guy just as much as the other brothers. I don't like his habit of picking up any person who's interested, but it makes sense in light of his self-worth issues. I cannot believe how callous his family was. It hurts to see "a male of worth" treated in such a way. And it shows the deep decay and rot in the society of the Glymera that a terrible person like Lash is lauded, whereas a really good, worthwhile person like Qhuinn is disparaged because he happens to have odd-colored eyes. Come on now. His relationship with Blay is so moving to me. I wish I could wave a magic wand and work things out for them, but that's not meant to be. Time will tell how things resolve in their case.

Now onto Rhev. Goodness I am fascinated and attracted to his character. He is complex with a capital "C." I loved how Ward seemed to put Phury and Rhev forward as contrasts to each other. The interesting thing is that they are like different sides of the same coin. The interesting thing is that Rhev is the "dark knight," whereas Phury is the "white knight," yet in some ways Phury might be more tarnished. I don't like that Rhev is a drug-dealer and pimp. Basically he is a smooth criminal. But he is also a really good person with valid motivations. This book only made my appetite for him grow. There are so many questions about him I want answers to. I can't wait to see him find his shellan to love him. His loneliness is heartbreaking, although he does have his good friend Xhex. But even with Xhex, he has to maintain a distance that leaves him in the solitary wasteland of his own inner sorrow.

Xhex has just a small part in this book, but it makes me hunger for more. She is a really cool, interesting character. I am dying to see her and John Matthew get together. They are made for each other, although one might shake her or his head at the thought of it. The bathroom scene with them was short, but WOW! Chemistry!

Other great moments: Qhuinn finding his place in the world of the Brothers. That was so cool. Go Wrath! Also loved the advent of the oh-so intriguing Lassiter. I can't say the evolution of Lash was a great moment, but it made for good reading.

I feel I could write ten pages about this book, but I won't belabor the point. I love this book. My life has been enriched in the reading of it. And although not all the moments I experienced in the reading were fun, I have no regrets in following these characters on their dark journey, with the hope of light at the end of the tunnel. In fact, it was some of the most enjoyable hours I've spent in the past several days.

In this “frighteningly addictive” paranormal romance saga there’s a war raging between vampires and their slayers. Here are the stories of a secret band of brothers like no other-six vampire warriors, defenders of their race. And now a dutiful twin must choose between two lives…

Fiercely loyal to the Black Dagger Brotherhood, Phury has sacrificed himself for the good of the race, becoming the male responsible for keeping the Brotherhood’s bloodlines alive. As Primale of the Chosen, he is obligated to father the sons and daughters who will ensure that the traditions of the race survive, and that there are warriors to fight those who want all vampires extinguished.

As his first mate, the Chosen Cormia wants to win not only his body, but his heart for herself. She is drawn to the noble responsibility behind the emotionally scarred male. But Phury has never allowed himself to know pleasure or joy. As the war with the Lessening Society grows grim, tragedy looms over the Brotherhood’s mansion, and Phury must decide between duty and love…. 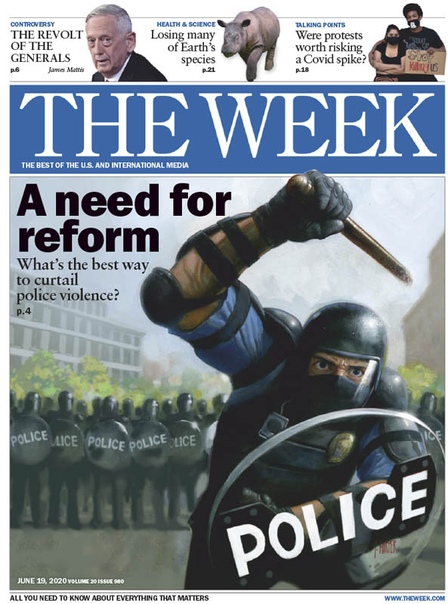 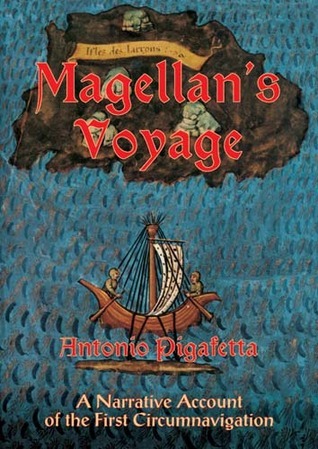 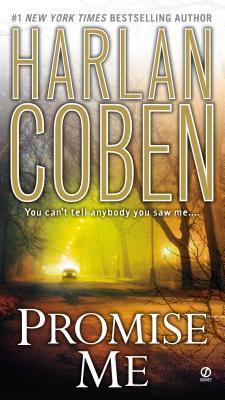 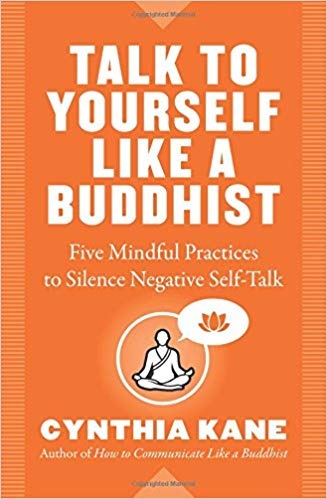