"'Joss' was a Chinese word that meant Luck and Fate and God and the devil combined."


Hong Kong was just a cluster of fishing villages when the English traders arrived in 1841. The port quickly proved a safe haven to ships even impervious to Typhoons.

Dirk Lochlin Struan is a Scotsman who has spent a good part of his adult life in the orient amassing a fleet of clipper ships and a great fortune. He is called the Tai-Pan. He has made his own joss by being smarter, more ruthless, accumulating more wealth, and being stronger than his opponents. He calls his company The Noble House. The company is built along clan lines with loyalty being first among the most weighted characteristics for joining his empire, and by association, those selected, will also benefiting from his protection. Before anyone has a chance to show loyalty they have to prove something more than just competence. They have to be really good at something that is useful, something that will strengthen "the clan". Struan is tough on people, but that comes from the struggles he experienced reaching the top of the mountain. He knows how merciless life can be and his primary goal every day is to protect what is his and the people he cares about.

He has a nemesis, Tyler Brock, who is as tough and unyielding as Struan. A man who has been equally successful, but always seems to come up second best. He simply isn't as smart as the Tai-Pan, but he covets the honorary title. They hate and despise each other, but more than once as the plot unfolds they find themselves allied in a common cause. They are certainly nay gentlemen, but they do honor their own version of a gentlemanly code.

Dirk's son Cullum comes out from London and is appalled to discover the man his father has become. He is rather harsh on Struan, long before he understands the circumstances that have shaped his father. Whatever rules Cullum may believe exist in England dinna necessarily translate to the rough and ready wilds of empire building.

"You used to be God to me. But in the thirty days I've been here I've come to know you for what you are. Killer. Murderer. Pirate. Opium smuggler. Adulterer. You buy and sell people. You've sired bastards and you're proud of them and your name stinks in the nostrils of decent people."

Well, Cullum, *sigh*, you have very set opinions for someone who hasn't even walked a mile beside him yet, and certainly not a step in the very boots that built this empire . Struam is undeterred by Cullum's assessment and plans to have him take over as the Tai-Pan when he decides to return to England to run for parliament. He will mold the lad whether the lad knows it or not.

There are better options, half a dozen at least of the women/girls he knows who would help to open more doors for him, but there is just one damn problem...HE...LOVES...May-May. He will marry her and let them be damned if they dinna like it. He has never met a problem that a cascade of silver won't fix, by God!

May-May is breathtakingly lovely, descended from an honorable and rich family who made the decision to sell her to the Tai-Pan to have someone they trust close to the source of English power. This is 1841 and the first Opium War is in full flower. Concessions to the barbarians will have to be made (Hong Kong) and Struan, the devil man, has the ear of the English politician Longstaff or as the Chinese refer to him Odious Penis.

There is the rather odd, but refreshing character of Aristotle Quance, a man almost completely depended on the traders, mostly Struan, for his support. He is a painter, preferably of beautiful young women. He is graced with a silver tongue capable of talking them out of more clothes than they are...at first...willing to part with. He has a wife who hounds him from one whorehouse to the next as he tries to stay one step ahead of her iron grip. He might be the happiest person in this new world that is about to be carved out of the coast of China.

"And he realized he was witnessing the end of an era, he was also part of a new one. Now he had new history to eyewitness and record. New faces to draw. New ships to paint. A new city to perpetuate. And new girls to flirt with and new bottoms to pinch."

Well if he can keep one step ahead of the wife, by God!

James Clavell explores the politics of the time. He brings to light the manipulations that occur behind locked doors over a glass or two of good port or brandy with results that benefit the few over the many. Profits are king and certainly the opium and tea trade were important to the British economy. The insistence of the Chinese in receiving only silver bullion for tea actually destabilizes the British economy as silver becomes scarce and afternoon tea became jeopardized. There have been grain riots, tax riots, draft riots, religious riots, but no one wants to see a British TEA riot, by God!

We see the rise of the Triads during this time as well, and in this story, Gordon Chen, a bastard of Struan with his head for intrigue, is the head of the movement. He is a man trapped between cultures, not fully accepted or rejected by either one. Chen is torn between his loyalty to his people and his loyalty to Struan. He plans for any contingencies and shows resilience in the face of a series of setbacks beyond his control.

This is an epic tale, with Shakespearean romance, typhoons, love and malaria, incest, discord between fathers and sons, the building of a city of trade, lust, complicated characters with tangled relationships, and an exploration of the power of possession. These larger than life figures are battling on a small and large scale for what is theirs, but also for what will be their childrens and their children's children. I was very impressed with the depth of the plot, the deftness with which Clavell pulled me into the story, and the breadth and scope he was willing to manfully shoulder to bring these characters to life.


James Clavell based Dirk Struan on William Jardine who built the "Princely House" of Jardine, Matheson & Co of Hong Kong.

Dirk Struan peers at the world through jaded eyes, but clearly and astutely. He sometimes knows the intentions of a person before they even know it themselves. He is harsh, but capable of great tenderness. He is unpredictable, but only seemingly so, because he gauges every situation by much more than just what is before him. His projections become truths adding a mystical quality to his persona. He devours information and knows how to use it. While others sleep he studies. He fixes what is broke before it snaps. As unearthly as it seems to those who know him it is no mystery to me why he is:


"Man is born to die, Father. I just try to protect mysel' and mine as best I know how and to choose the time of my dying, that's all."

A very interesting link that explains the history of this time period. It was so kindly supplied by Margitte. http://www.china-mike.com/china-touri...

ADDENDUM: I watched the movie. There is so much missing from the plot of the book that I'm not really sure how anyone can watch the movie and understand what is going on. At different points Sean Connery, Roger Moore, and Steve McQueen were attached to the project, but negotiations fell through each time. Bryan Brown was cast to play Dirk Struan and actually plays the part well. Joan Chen is absolutely stunning as May-May, but despite the efforts of the two main actors the movie proves unsatisfactory. This story really should have been a mini-series like Shogun and Noble House. Anybody who may have had thoughts of watching the movie instead of reading the book (unlikely on GR) would be incredibly short changed from the epic experience that only the book can provide.

If you wish to see more of my most recent book and movie reviews, visit http://www.jeffreykeeten.com
I also have a Facebook blogger page at:https://www.facebook.com/JeffreyKeeten
You can also find terrific reviews at: http://www.shelfinflicted.com/

It is the early 19th century, when European traders and adventurers first began to penetrate the forbidding Chinese mainland. And it is in this exciting time and exotic place that a giant of an Englishman, Dirk Straun, sets out to turn the desolate island of Hong Kong into an impregnable fortress of British power, and to make himself the ruler – the Tai-Pan – of the most powerful trading company in the Far East. He is also a pirate, an opium smuggler, and a master manipulator of men. 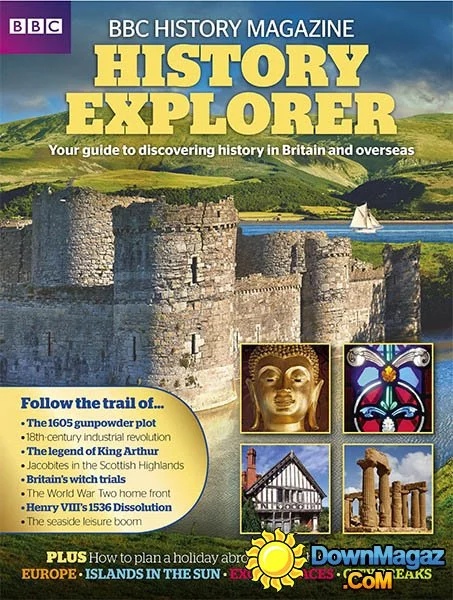 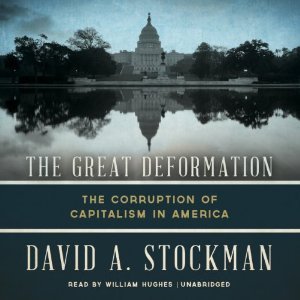