The unwelcome revival of 'race science'.....

"What genes are and what they tell us aboutÂ people are very closely related, but not, in almost all cases, definitive. This is a seam that will run throughout this book, confronting and dispelling the culturally ubiquitous idea that genes are fate, and a certain type of any one gene will determine exactly what an individual is like. That this is a fallacy is universally known among geneticists, yet it is still an idea that carries a lot of cultural significance, fueled frequently by the media and an ultra-simplistic understanding of the absurd complexities of human biology......

......When we look to the past and to our presumed genetic ancestry to understand and explain our own behaviors today, it is not much better than astrology. The genes of your forebears have very little influence over you. Unless you carry a particular disease that has passed down the family tree, the unending shuffling of genes, the dilution through generations, and the highly variably and immensely complex influence that genes have over your actual behavior mean that your ancestors have little sway over you at all."

"There are no essential genetic elements for any particular group of people who might be identified as a "race." As far as genetics is concerned, race does not exist."

"With our current knowledge of the genomics of of Native Americans, there is no possibility of DNA being anywhere near a useful tool in ascribing tribal status to people. Furthermore, given our understanding of ancestry and family trees I have profound doubts that DNA could ever be used to determine tribal membership.....

Over centuries, people are too mobile to have remained genetically isolated for any significant length of time. Tribes are known to have mixed before and after colonialism, which should be enough to indicate that that some notion of tribal purity is at best imagined. Genealogy companies will sell you kits that claim to grant you membership to historical peoples, albeit ill-defined, is highly romanticized. It's a kind of of genetic astrology.

That hasn't stopped the emergence of some companies in the United States that sell kits that claim to use DNA to ascribe tribal membership. The list is comprehensive, from Abenaki to Zuni. Accu-Metrics is not the only company: DNA Consultants sells a Cherokee test for $99. There is no biological test that alone can demonstrate tribal membership. These outfits state: "All tests can be done for legal purposes" and "The results of this scientific test can be used to receive a status card or tribal enrollment."

The author goes on to express full sympathy to Native Americans and their traditions and religion. And their rights. He just wants to debunk profiteers who claim to provide what is scientifically impossible at this time.

Meanwhile, the author debunks several "genetic services" such as Accu-Metrics and DNA Consultants above, as well as BritainsDNA. The latter claims to have found some of the descendants of the Queen of Sheba, a mythical figure. 23andMe comes off as more solid, but has its limits. But too often the "results" from many of these other services sound like astrology: divination drawn from banality in which we tend to cling to the things that appeal, and happily ignore the rest. But the media likes to pick up on the more sensational claims.
-----

Too funny: Charlemagne could be out of LOTR, with maybe some Harry Potter thrown in....

"A fecund ruler, Charlemagne sired at least eighteen children by motley wives and concubines, including nine by his second wife, Hildegard of Vinzgau. These kin included Charles the Younger, Pippin the Hunchback, Drogo of Metz, Hruodrud, Ruodhaid, Adalheid, Hludowic, and not forgetting Hugh"

"Christopher Lee- the great actor who among his roles counts Dracula; Tolkien's Saruman the White; the Man with the Golden Gun himself, Scaramanga; the fallen Jedi Count Dooku; and The Wicker Man's Lord Summerisle- claimed direct ancestry to King Charlemagne via the ancient house of his mother, Countess Estelle Marie (nÃ©e Carandini di Sarzano)....but I can say with absolute confidence that if you're vaguely of European extraction you are also descended from Charlemagne."

I have a very detailed genealogy on my father's side, going back to the arrival to America of our ancestor in 1636. But we had nothing like that on my mother's side. Her maiden name was Martel and she liked to say were were related to Charlemagne. The father of Charlemagne, was Charles Martel, known as "The Hammer" having led the Frankish troops in the Battle of Tours in turning back the invading Muslim forces from Gaul. But it seems that my mother may have been right.

The population of Europe a the time of Charlemagne was small and he was very "fecund" as noted. The author explains....

"Each generation back the number of ancestors you have doubles. But this ancestral expansion is not borne back ceaselessly into the past. What this means is that pedigrees begin to fold in on themselves a few generations back and become weblike. You can be, and in fact are, descended from the same individual many times over. Your great-great-great-great-great-grandmother might hold that position in your family tree twice, or many times, as her lines of descent branch out from her, but collapse onto you. The further back through time we go, the more these lines will coalesce on fewer individuals. Basically, everyone alive in the ninth century who left descendants is the ancestor of every living European today, including Charlemagne, Drogo, Pippin and Hugh."

If this seems unlikely or confusing, of course you will have to read the book to get more details. The author goes on to explain how this was demonstrated mathematically even before the incorporation of high-powered DNA.

Ultimately, this kind of analysis extends beyond Europe and farther back in time, as the book explains.

"When mathematician Joseph Chang factored in new, highly conservative variables, such as reducing the number of migrants across the Bering Straits to one person every ten generations, the age of the most recent common ancestor of everyone alive went up to 3,600 years ago.

This number may not feel right, and when I talk about it in lectures, it often results in a frown of disbelief. We're not very good at imagining generational time. We see families as discrete units in our lifetimes, which they are. But they're fluid and continuous over longer periods beyond our view, and our family trees sprawl in all directions. The concluding paragraph of Chang's otherwise tricky mathematical and highly technical study is neither of those things. It's beautiful writing, extremely unusual in an academic paper, and it deserves to be shared in full:

Our findings suggest a remarkable proposition: no matter the languages we speak or the color of our skin, we share ancestors who planted rice on the banks of the Yangtze, who first domesticated horses on the steppes of the Ukraine, who hunted giant sloths in the forests of North and South America, and who laboured to build the Great Pyramid of Khufu."

Darwin's half-cousin, Francis Galton, was the founder of the eugenics movement. He created a taxonomy of physical and personality attributes to determine if a person, and people, were of superior stock or "feeble." This concept was quite popular across the political spectrum. George Bernard Shaw approved, as did Winston Churchill, as did Teddy Roosevelt. But a program was not seriously implemented in Britain, but it was in the U.S., Sweden and, of course Germany.

The head of the eugenics movement in America was President of Stanford University, David Starr Jordan, who was a founding member of the American Breeders Association and the Eugenics Record Office.

"the forced, involuntary, and often secret sterilization of undesirables was embraced enthusiastically. From 1907, when Indiana passed the first mandate, until 1963, forced sterilization was legally administered in thirty-one states, with California the most vigorous adopter. The most recent cases of forced sterilization in that famously liberal state occurred in 2010. In the twentieth century, more than 60,000 men and women, though mostly women, were sterilized for a variety of undesirable traits- men frequently to curtail the propagation of criminal behaviors. Native American women were forcibly sterilized in their thousands, and as late as the 1970s, black women with multiple children were being sterilized under the threat of withheld welfare, or in some cases without their knowledge."

In 1937, the American Eugenics Society issued statements of praise for the work that the Nazis were doing to cleanse the gene pool. For them, the scale on which the Nazis were carrying out their mass sterilization was what they had wanted for America.

Of course, the fullest horrors would come with the Nazi Holocaust, which not only included Jews in their millions, but also homosexual men, Roma, Poles, and people with mental illness.

The author discusses the futile search for a "criminal gene," supposedly a defective MAOA gene. Though sensationalized in the media, it has never been established scientifically. Although, for example, the "finding" has been conveniently ascribed to the Maori people by white scientists in New Zealand.

There was also an attempt, based on a preconceived notion, to discover such a gene in Adam Lanza, the Sandy Hook shooter. The killing of 20 children, and 26 people overall, was quite horrid, but what was to blame Video games that he was autistic Nope. It was the answer so many wanted to resist and what the author gives....

"We look to statistics for reassurance in these types of case. Here is one: 100 percent of mass shootings have been enabled by access to guns. I can guarantee that even if there were a genotype shared by the mass shooters, which there will not be, none of the killings would have happened if they didn't have guns."

"No one will ever find a gene for "evil," or for beauty, or for musical genius, or for scientific genius, because they don't exist. DNA is not destiny."

More on the Eugenics movement....

In keeping with the science in this book. Elizabeth Warren's DNA test proves nothing....

"The inherent imprecision of the six-page DNA analysis could provide fodder for Warren's critics. If her great-great-great-grandmother was Native American, that puts her at 1/32nd American Indian. But the report includes the possibility that she's just 1/1024th Native American if the ancestor is 10 generations back."

Not satisfied with this, in a video that Warren released along with the analysis, she described how her mother had discussed their Native American ancestry. Family lore held that there were Cherokee and Delaware indigenous ancestors.

The Cherokee Nation condemned Warren's analysis in a statement Monday.

"Using a DNA test to lay claim to any connection to the Cherokee Nation or any tribal nation, even vaguely, is inappropriate and wrong"

As explained above, there is no DNA test to demonstrate direct tribal heritage, Cherokee or otherwise.

Interesting new development,. A coalition of Native American leaders have asked Elizabeth Warren to reject her false claims of being Native American. Contrary to rumor, she did not invoke it to get her position at Harvard, but when she applied to the Texas State Bar she listed her identity as "Native American" She's an example of someone who has assumed a false identity which, in the case of many others who have, has resulted in the appropriation of funds that were intended for Native Americans, but went to others. 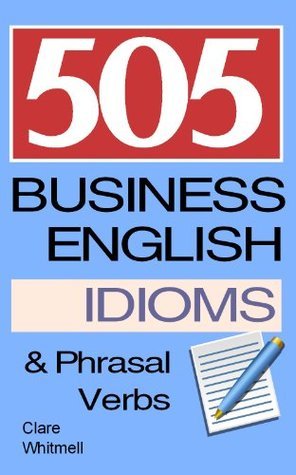 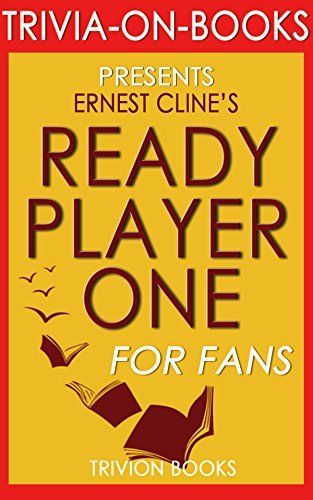 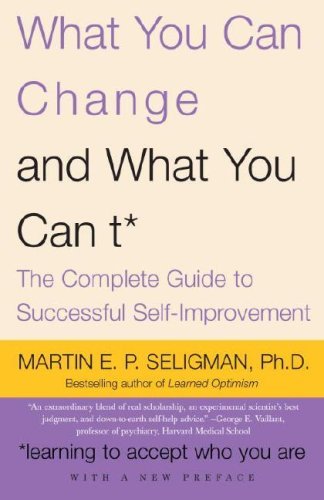 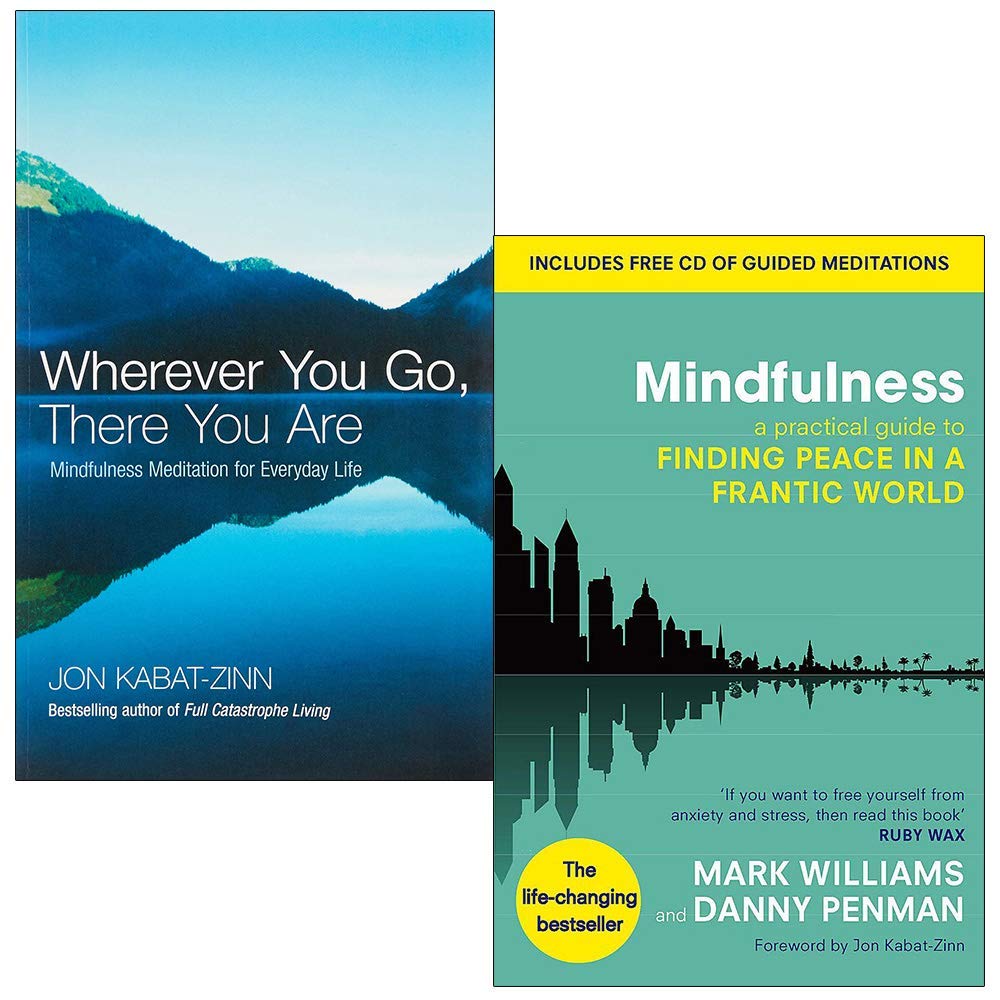 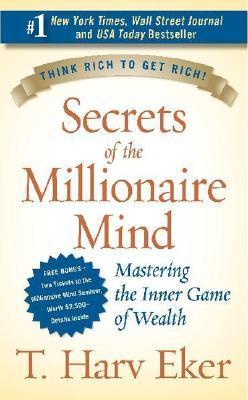 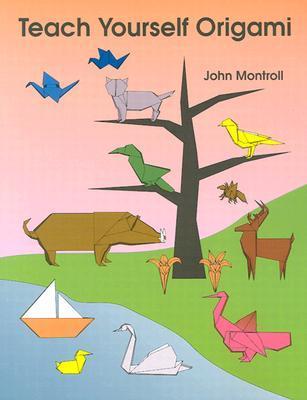