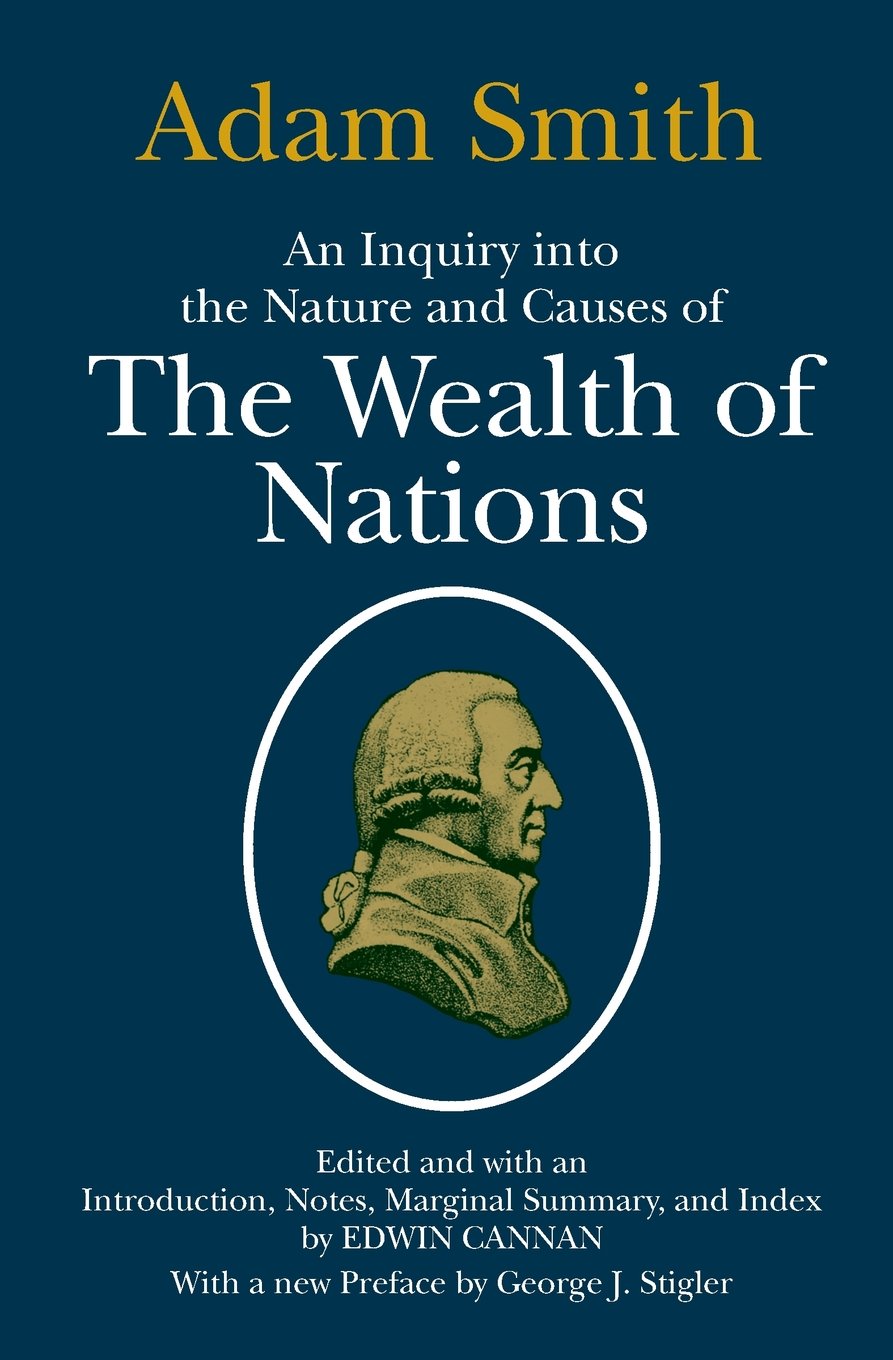 For a truth, about 3/4 of this book is 18th century blabber about corn prices. Of the remaining 1/4, about 1/2 is criticism of mercantilsm, which is mostly obvious and definitely boring.

The remaining 1/8 of the book, however, is worth fighting through the rest for. Even if you've heard the explanation of the "invisible hand" a thousand times, there is something magical about reading the actual words by the father himself:

"It is not from the benevolence of the butcher, the brewer, or the baker that we expect our dinner, but from their regard to their own interest. We address ourselves, not to their humanity but to their self-love, and never talk to them of our own necessities but of their advantages."

"He generally, indeed, neither intends to promote the public interest, nor knows how much he is promoting it...he intends only his own security; and by directing that industry in such a manner as its produce may be of the greatest value, he intends only his own gain, and he is in this, as in many other cases, led by an invisible hand to promote an end which was no part of his intention. Nor is it always the worse for the society that it was no part of it. By pursuing his own interest he frequently promotes that of society more effectually than when he really intends to promote it."